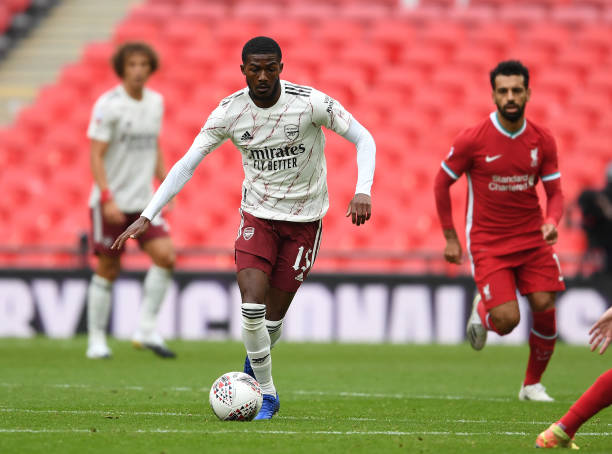 Arsenal midfielder Ainsley Maitland-Niles was in the January transfer window loaned to relegation fighting West Brom Albion as he wanted to get playing time and Arteta was not worried about his departure since they have options in the positions that he played in. Ainsley Maitland-Niles future at Arsenal is in doubt according to a new report.

Ainsley Maitland-Niles received a lot of play time in Mikel Arteta’s first season at the club as the gunners boss was forced to play him as a right back due to injuries and he impressed but he was however sidelined in this campaign as he was not given a chance in midfield which is where he wants to be playing for the rest of his career.

A report by The Telegraph is now reporting that Ainsley Maitland-Niles who is currently on loan at West Brom Albion has decided to leave Arsenal in the summer transfer window as he has attracted interest from some Premier League clubs. The report claims that the young Englishman will probably receive interest from Leicester City, Southampton and Wolverhampton Wanderers who did make a bid for him in the 2020 summer transfer window.

Maitland-Niles has been very vocal about his struggles since he broke into the first team squad as he has been turned into a right back due to injuries in the main squad and the above story confirms how the Premier League clubs interested in him also see him as a fullback since its where he has played most in his senior career. The gunners will most probably hope to get a good fee for him as Ainsley Maitland-Niles is not only a talented player but is also home grown which is very important for Premier League clubs.

Mikel Arteta speaks out on reports of Arsenal signing Aguero