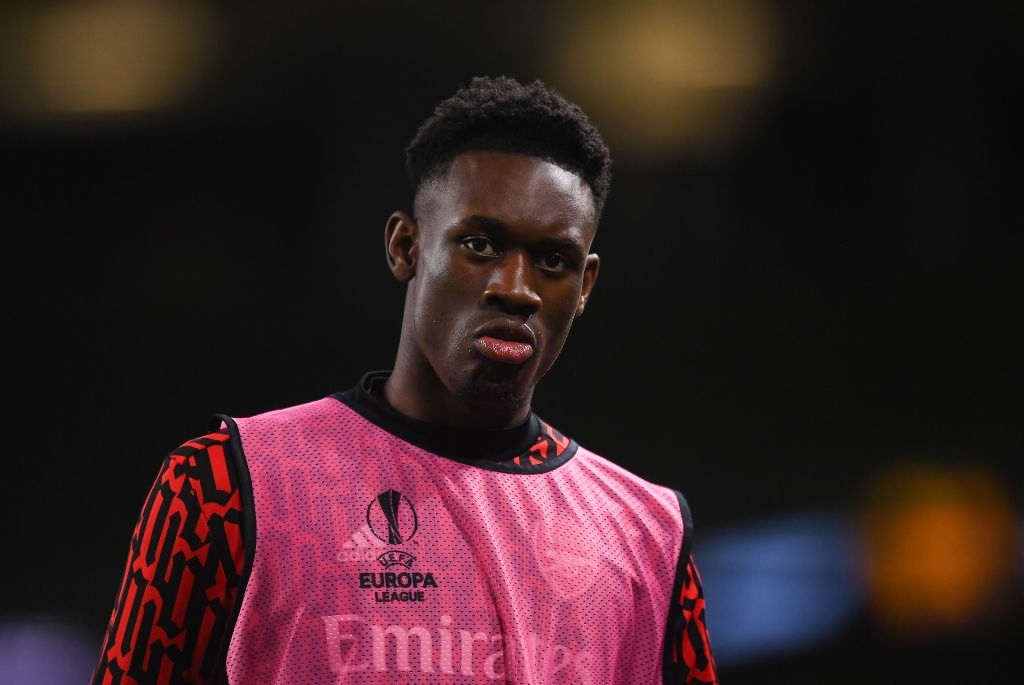 Folarin Balogun is set to sign a new long-term deal according to various sources today. Initially Balogun was on the verge of quitting Arsenal once his current contract expired this summer.

But the 19-year-old striker is set to stay at Arsenal, finally ending months of speculation. This is down to Mikel Arteta who has managed to convince Balogun that he has a long-term future at the Emirates.

Balogun captains the U23 team and has scored 61 goals and provided 15 assists in 93 matches played for Arsenal’s youth teams.

He hasn’t featured much for the senior side but this season he managed to play 61 minutes in the Europa League scoring twice and providing an assist. Proving how lethal he is when given a chance.

Balogun scores a goal for Arsenal in the Europa League against Dundalk. (Photo by Charles McQuillan/Getty Images)

Arteta has always remained hopeful that he’d stay and said last month: “I think I am pretty positive about it and every time I spoke to him, he mentions the same thing, that he’s determined to stay here, that he wants to stay here.

“We have had some really positive conversations with his agent as well and Edu is in charge of that.

“He’s been spending a lot of time and energy to make that deal happen because it’s important for us to keep our talent in the house, and what we can guarantee is that we’re doing everything we can to keep him.”