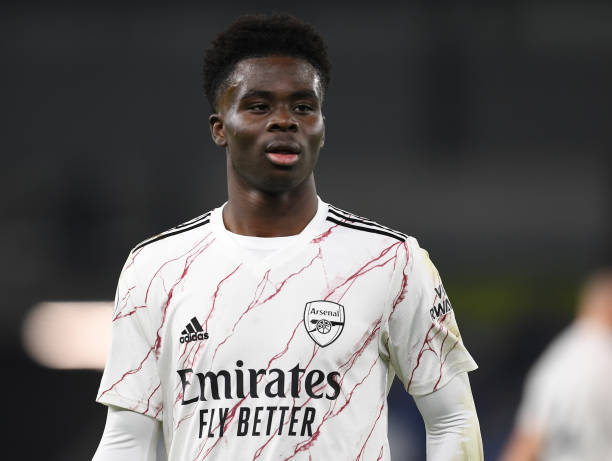 A rather shocking report disclosed by an inside source close to Arsenal players has revealed that Bukayo Saka wants to quit Arsenal once this season ends.

The 19-year-old midfielder is extremely disappointed with Arsenal’s results especially in the Premier League and feels he should move to a bigger or better club preferably in Spain.

The statement claims Saka is disgusted with his teammates and the fact that at his young age he is carrying the team almost single handedly.

Saka has this season contributed to 13 goals for Arsenal across all competitions and his market value has skyrocketed.

The Gunners will demand not less than £50m for their rising star and European giants like PSG, Barcelona and Real Madrid will be excited by this development and ready to snap up on the youngster.

We will wait to hear what Arteta says in his press conference about this surprising news. Arteta will face the press today, April Fools day ahead of Saturday’s clash with Liverpool.

How Arsenal can raise over £100m for summer transfers