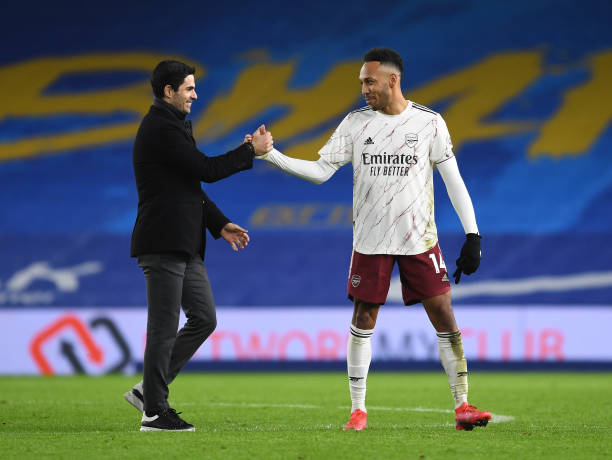 The UEFA Europa League semi finals will take place this week and Arsenal are currently trailing 2-1 against Spanish side Villarreal and so they will play the return leg with immense pressure as their season depends on this game. Arsenal boss Mikel Arteta will be expected to use his best available lineup and we now take a look at the early predicted lineup of the North Londoners to face Villarreal.

Arsenal goalkeeper Bernd Leno hasn’t been impressive in the last few games and Maty Ryan was good in his game against Newcastle United but Mikel Arteta is however unlikely to bench the German international in such an important game.

Cedric Soares might come in at left back since Granit Xhaka will likely be moved up to midfield and since Luiz got injured in the game against Newcastle, the gunners will use Holding and Gabriel who will replace Mari since the Spanish centre back wasn’t good in the first leg. Chambers would also start at right back as he did in the first leg.

Dani Ceballos got a red card in the first leg against Villarreal and so Granit Xhaka will likely be moved into his usual midfield role and be partnered with Thomas Partey.

Gabriel Martinelli got an assist in the Premier League at the weekend but he might not start on Thursday as both Saka and Pepe have been important in the UEFA Europa League and so those two might start on the flanks while Odegaard also plays in the central attacking midfield position.

Pierre-Emerick Aubameyang scored a wonderful goal against Newcastle United and he will of course start in the game against Villarreal as Lacazette will likely miss the game.