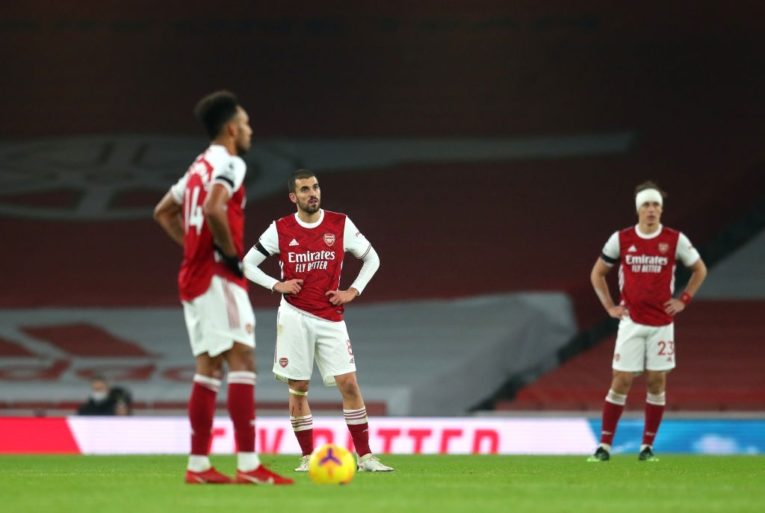 It has been a season to forget for Arsenal, they have endured their worst season in over twenty years. The Gunners last had a terrible Premier League campaign in 1994/1995 were they finished twelfth. While failure to win the Europa League or finish among the top 7 means Arsenal will miss out on playing European football for the first time since 1990

We assess the factors that led to Arsenal’s woes this season.

1. Failure to replace find a replacement for Mesut Ozil’s

One of Arsenal’s biggest troubles this season has been lack of creativity in the final third. Arteta started the season without a recognized attacking midfielder until he switched to a 4-2-3-1 and some improvement was seen with Smith-Rowe then Odegaard in that role.

As far as last week’s 0-0 draw against Villarreal that saw Arsenal get eliminated out of the Europa League, clear-cut chances were hard to come by. Signing a playmaker has to be the club’s number one priority.

Arsenal’s star man and captain has had probably the worst season in his career. His current tally of 10 league goals is his lowest in ten years.

Aubameyang’s goal scoring has been low and so has his zeal. (Photo by Stuart MacFarlane/Arsenal FC via Getty Images)

Arsenal last season also struggled with chance creation but Auba’s rapid form was what saved them. He scored 29 goals across all competitions firing the Gunners to an Fa cup triumph.

This season his goals have dried up and he has looked carefree while on the pitch since he signed the new contract. This is why Arsenal have struggled to score goals this season.

Arteta started the season playing the 3-4-3 formation, the formation has clearly unfeasible but he stuck with it until almost halfway through the season.

He also constantly changed his lineup and relied on an unproductive Willian. This indecisiveness costed Arsenal’s season.

Arsenal have been shockingly poor at the Emirates stadium this season. They’ve lost as many games in the league (7) as they have won.

Over the years Arsenal had quite a formidable home record with problems coming in away games. This season unwanted records have been broken at the Emirates stadium.

Arteta’s Arsenal have had the worst home record in over two decades. (Photo by Stuart MacFarlane/Arsenal FC via Getty Images)

Failing to score in 8/18 Premier League home games with a goal difference of just 1. The horrific home form also continued in Europe.  Arsenal managed to win only one of four Europa League home games narrowly beating Benfica, losing to Olympiacos and drawing with Slavia Prague and Villarreal.

If Arsenal had their good old Emirates mojo they’d be in the Europa League final.

Arsenal have heavily relied on Bukayo Saka and then Smith-Rowe as a result of the senior players underperforming.

Saka is set to be named Arsenal player of the season. (Photo by Stuart MacFarlane/Arsenal FC via Getty Images)

In Saka’s absence or him having a bad game automatically Arsenal struggled or lost the game. This is dangerous especially for the 19 year-old who is at risk of being overworked.

Going forward Arsenal should find players capable of performing and relieve the burden of the youngsters.