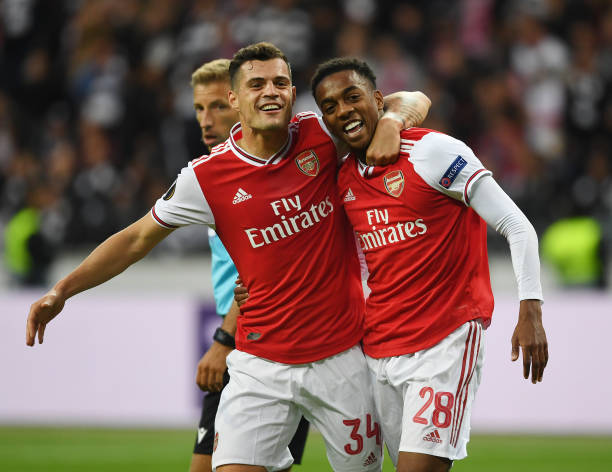 Arsenal are willing to listen to offers for up to four of their midfield players. Matteo Guendouzi heads the list of players that could be on their way out with Olympique Marseille showing interest.

Guendouzi’s future certainly lies outside of North London given his fall out with Mikel Arteta.

Lucas Torreira is also up for sale, just like Guendouzi he spent this season on loan at Atletico Madrid where he managed to help them win the Spanish La Liga.

Torreira’s mind is clearly set on leaving, he desires to play in South America. So far, only teams in Italy have shown interest in the 25 year-old Uruguayan.

Former captain Granit Xhaka also wants out and there has been significant interest from AS Roma. The Italian side have had a €13m bid rejected according to the Metro, Arsenal insisting that talks will start at €25m for the Swiss midfielder.

Joe Willock who has had a stellar loan spell at Newcastle scoring 8 goals could also be sold should the right offer be made.
One again it appears that the transfer budget will be funded through player sales given that the Kroenke’s look highly unlikely to invest despite the massive pressure they have got from the fanbase. If Arsenal manage to sell all four, at least £80m could be raised which is enough money to purchase two quality midfield replacements.

List of Arsenal players on international duty this summer