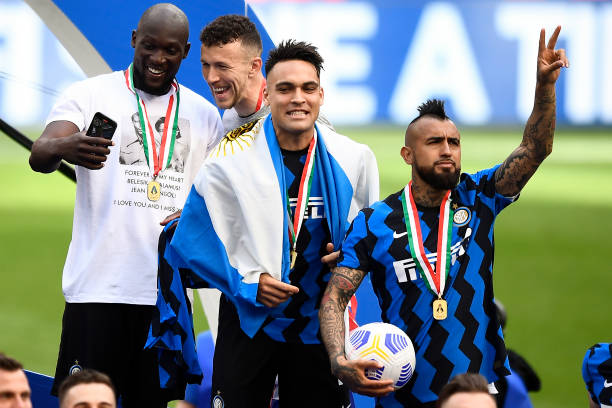 Arsenal have surprised everyone with how ambitious they’ve been in this transfer window as the club is believed to be working on many deals with now a new report confirming that the gunners are indeed in search of a new striker, and that they have identified highly rated Inter Milan attacker Lautaro Martinez as the perfect candidate for the job.

Arsenal just had one of their worst seasons ever since the Premier League begun and it seems like the club has not taken this slightly as they seem to be determined to patch most of the holes in their squad before the start of the 2021/22 campaign. Lautaro Martinez is an outstanding striker that was very impressive along Lukaku for Inter Milan last season and so this is exciting for some gooners.

The Telegraph reports that Arsenal have made an inquiry about the availability of Inter Milan striker Lautaro Martinez since they are interested in him and want love to sign him, showing how determined ambitious they are in this summer transfer window as Mikel Arteta promised at the end of last season. The report however mentions that Inter Milan do not want to lose Martinez in this summer transfer window and that they will want to tie him down to a new contract since his current one ends in two years.

Lautaro Martinez scored 17 goals in the Italian Serie A last season and would be be the ultimate dream striker of Mikel Arteta’s playing style, and so it will be interesting to see if the gunners will in the next few weeks test the waters with a cheeky bid.