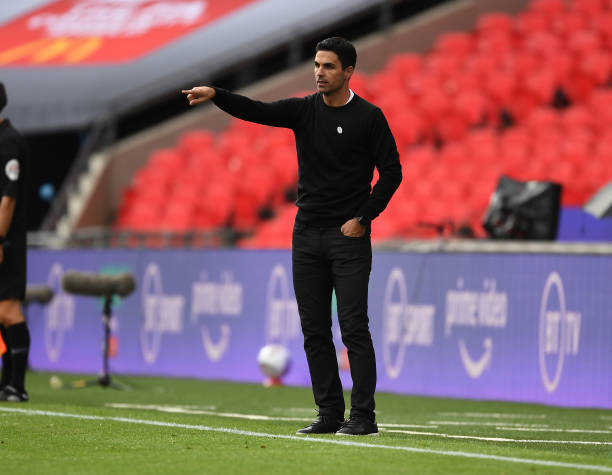 The 2021/22 Premier League season will kickoff on August 13 and Arsenal’s game away to Brentford will be the opening fixture on Friday evening.

We predict how Arteta could setup his side for the season’s first game which is less than three weeks away.

Predicted lineup to face Brentford on the opening day.

Arsenal have so far signed Nuno Tavares and Sambi Lokonga, Ben White’s is expected to be unveiled in the coming days.

More signings are expected especially in the midfield but it is unlikely that they will have been completed by then or the players won’t be in line for a starting place just yet.

Ben White will be ready for his debut by then and will partner Pablo Mari who will fill in for the injured Gabriel. Callum Chambers will continue at right-back after his impressive form in preseason.

Mohamed Elneny will get the nod ahead of new boy Lokonga alongside Thomas Partey while captain Pierre-Emerick Aubameyang will be starting on the left wing.

Bukayo Saka and Gabriel Martinelli are both unavailable, the latter is at the Olympics and thus Aubameyang is the only viable option in that position at the moment. This will give Alexandre Lacazette the chance to lead the attack.