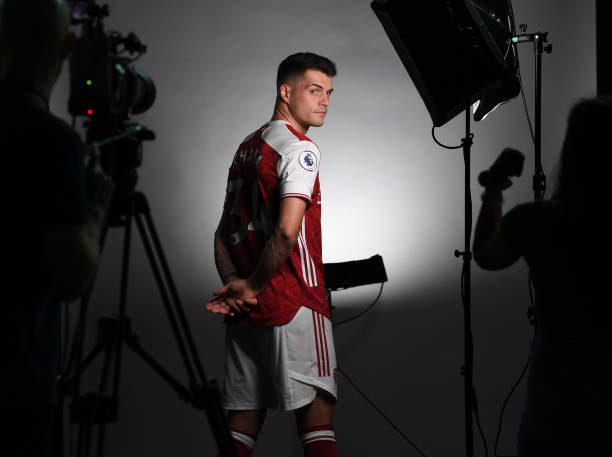 Roma have been in talks with Arsenal for Granit Xhaka but are yet to reach an agreement regarding the transfer fee.

The Italian side had a €15m bid rejected earlier and reports say Arsenal are asking for €20m which they are yet to agree to pay.

What has caught my attention is Arsenal’s ridiculous if not stupid valuation of Xhaka. Many gooners including myself wouldn’t mind Xhaka leaving, we would like to see a different model of a midfielder one who is more agile and less error prone.

Selling Xhaka for €20m (£17.1m) is absolutely ridiculous for a player who was Arsenal’s most consistent midfielder last season. Not to mention he is on the back of a good Euros campaign that should have raised his market value by at least £10m.

The Swiss midfielder had a decent campaign last season and is considered a seasoned midfielder who rarely gets injured despite the few flaws he has.

In addition Xhaka still has two years left on his contract which would give Arsenal the bargaining power over any team that would want him.

Arsenal signed the Swiss captain in 2016 for close to £35m and would make a significant loss if he was sold for £17m.

Making losses on player sales has become a habit for Arsenal and Xhaka’s replacement would cost at least £35m.

Opinion: Thomas Partey could be the next Abou Diaby as injury woes continue

Opinion: Arsenal should not sign Ben White for over £50m