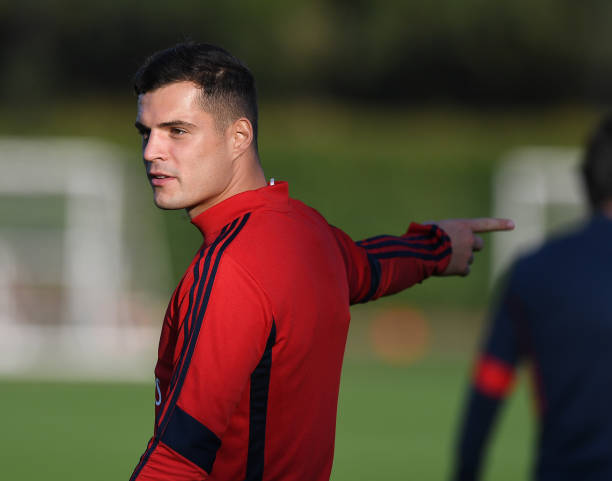 Arsenal midfielder Granit Xhaka will leave the Emirates Stadium in this summer transfer window and the gunners will be forced to quickly look for a replacement before the end of the transfer window since Mohamed Elneny and Thomas Partey would be their only senior central midfielders in the squad. We take a look at Arsenal’s two midfield targets that the club has identified as possible replacements for Xhaka.

It is believed that Granit Xhaka will leave Arsenal for Jose Mourinho’s AS Roma and this will leave a hole in the Arsenal squad that will need filling as the Swiss international was usually one of the first on the team sheet of Mikel Arteta.

Ruben Neves was with Wolverhampton as they got their promotion to the Premier League and its believed that he might be open to a move away this summer and most reports including The Daily Mail have claimed that the gunners are indeed interested in the Portuguese star. Arsenal are low on midfielders after the departure of Dani Ceballos and soon likely of Granit Xhaka, and so signing Neves would be fully welcomed since he has Premier League football experience.

Neves is a highly rated midfielder that is very good in the passing department and usually has a very good shot in him as he has a fantastic reel of goals in the Premier League.

ROME, ITALY – JUNE 16: Manuel Locatelli of Italy celebrates after scoring their side’s first goal during the UEFA Euro 2020 Championship Group A match between Italy and Switzerland at Olimpico Stadium on June 16, 2021 in Rome, Italy. (Photo by Valerio Pennicino – UEFA/UEFA via Getty Images)

Manuel Locatelli is an outstanding central midfielder that has attracted interest all over Europe and Arsenal are among the most interested club as it’s even claimed by Football.London that the North Londoners did even make a bid to Sassuolo for the Italian.

The gunners are however facing a lot of competition from Juventus who are also interested in Manuel Locatelli and they have a huge advantage over the gunners since they are his first choice but the North Londoners are yet to give up.