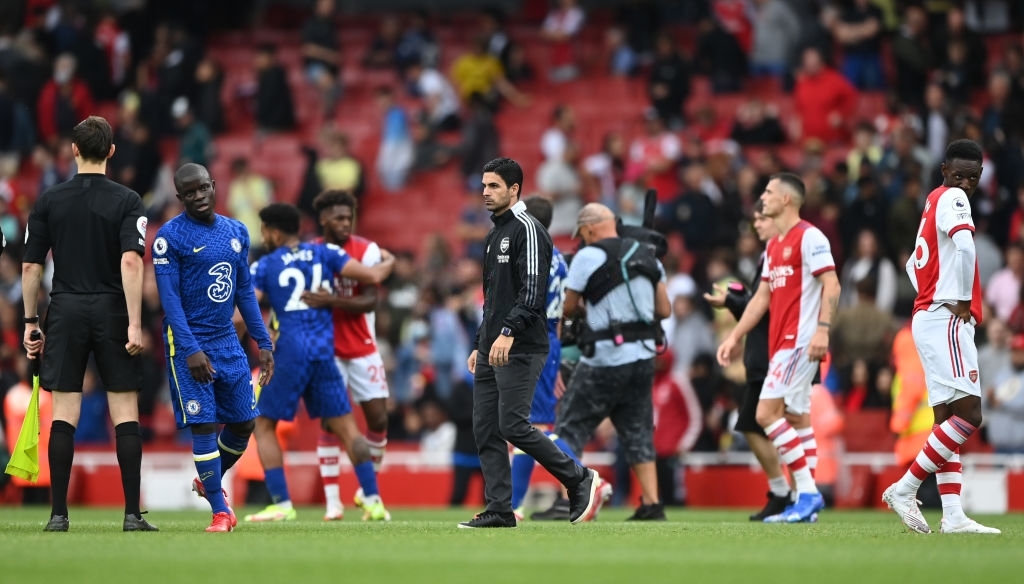 Arsenal have been beaten by Chelsea at the Emirates stadium after conceding two goals in the first half.

The visitors put in an early dominant performance and took the lead in the 15th minute through Romelu Lukaku. Poor defending cost Arsenal again as Chelsea wing-back Reece James was left in acres of space and hammered in Chelsea’s second goal in the 35 minute.

Arsenal did not give much trouble to Chelsea in the final third. Arsenal came closest to scoring through Saka in the second half but his shot was saved by Edouard Mendy.

Unfortunately Kieran Tierney and Gabriel Martinelli picked up injuries in the second half and had to be taken off.

Back to back League defeats to Brentford and Chelsea leave Arsenal 19th on the table. The Gunners end a day in the relegation zone after more than one game of the season played for the first time since August 1992 and goalless.

It’s the first time in Arsenal’s history to open a League campaign with two defeats and no goals scored.

Arteta faces an uphill battle as Arsenal take on Manchester City next weekend.

Arsenal 1-2 Chelsea: Defeat at the Emirates as Partey picks up an injury