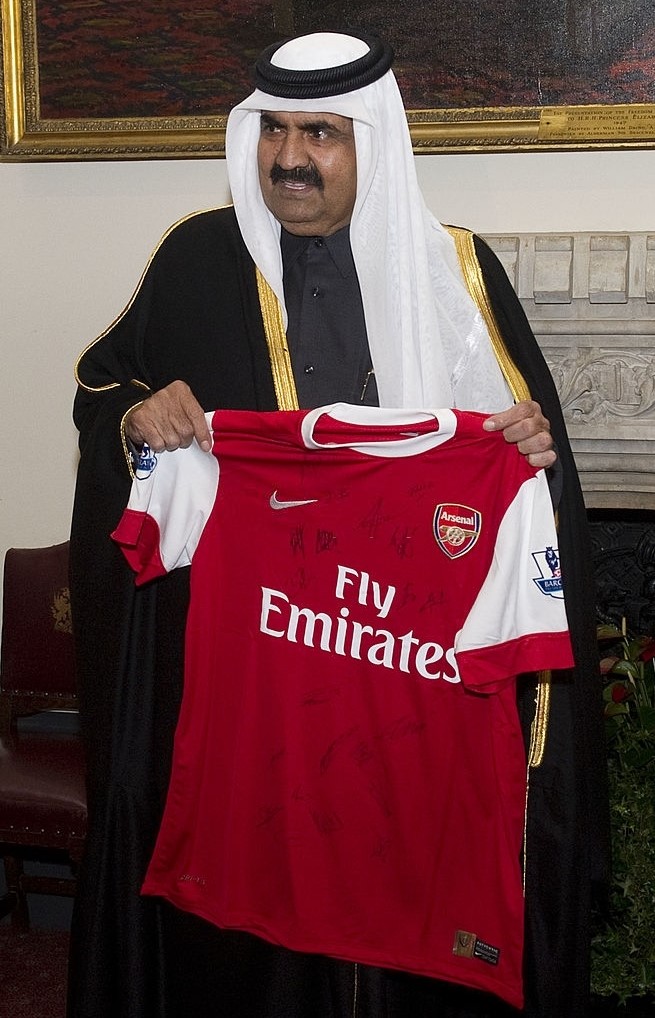 Arsenal fans on Twitter have been left excited after a member of the wealthy Qatari royal family’s cryptic tweet.

Khalifah Bin Hamad Al.Thani going by @khm_althani on Twitter is a member of the ruling royal family of Qatar that has a net worth of over $200billion

In the last few hours  khm Althani has made cryptic tweets regarding Arsenal that has left Arsenal fans excited and puzzled.

The Qatari royal tweeted “The rest of the time.. 7 months” followed by the Arsenal logo.

Althani is a football fan and appears to be a follower of Arsenal and some fans believe his tweets could mean an attempt to buy Arsenal.

Eager fans were quick to respond with messages urging the wealthy royal to “save the club from the Kroenke’s”.