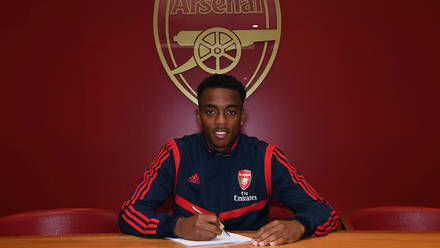 Joe Willock looks set to stay at Arsenal for the 2021-2022 season despite initial reports stating that he is set to join Newcastle for £25m.

Quoting football.london Arteta said: “He’s going to be here, so that’s for sure”. “He will be back with us, we will have those conversations with him and plan the next years for him,” Arteta added.

Willock had an impressive short-loan spell at Newcastle where he netted 8 goals in 14 appearances. Newcastle have been keen on bringing back the hale-end graduate and are willing to offer £25m for his services.

It was also reported that the 21-year-old was among the four players who were offered to Leicester as part of a deal for James Maddison.

Arsenal have lacked a goal scoring midfielder ever since Aaron Ramsey left and with news of potential arrivals going mute at the moment, Arteta’s decision to keep Willock might be wise.