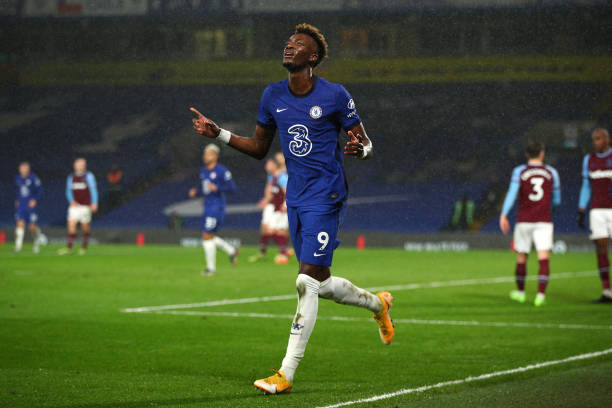 Arsenal will in this summer transfer window try to sign a new striker to add to their forward line and they have been heavily linked with a move for Chelsea striker Tammy Abraham whose likely to leave Stamford Bridge this month after the arrival of Romelu Lukaku. Arsenal have received good news in their hopes of signing Tammy Abraham according to new reports from abroad.

Arsenal’s current senior strikers, Pierre-Emerick Aubameyang and Alexandre Lacazette are not at their best at the moment, and so the club have made getting a new hungrier striker one of their main priorities for this summer transfer window as they are even likely to sell a forward before the end of the window as Arteta claimed they would revamp their squad in this period. Abraham wants to leave Chelsea since his chances of getting minutes are low after the imminent arrival of Lukaku.

Arsenal are not the only club interested in Abraham as AS Roma are also in the race for the 23 year old but the gunners have received good news in their pursuit of the player as Calciomercato is now reporting that Chelsea will now be open to letting him go on a loan deal with an obligation to buy clause and that the Englishman is interested in coming to the Emirates Stadium this summer. The report claims that AS Roma want to sign Abraham but their main problem will be trying to convince him out of a move to Arsenal as he prefers to stay in London, and join the gunners.

It will be interesting to see what happens in the next few days or weeks but the gunners would be happy with signing Abraham on a loan deal since they have a tight budget.