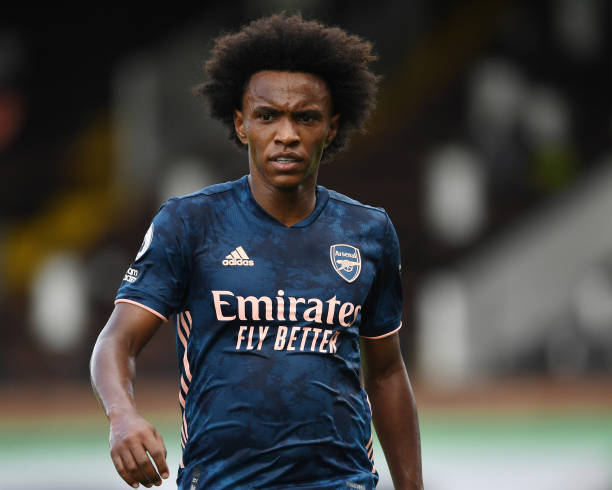 Willian is among the players Arsenal want to offload. (Photo via Getty images)

Arsenal are set to offload some of their players that have been deemed as excess to requirements. According to Sky Sports Lucas Torreira is on the verge of joining Fiorentina on loan.

The loan deal includes an option to buy for €15m, the Uruguayan had interest from German clubs but his desire is to return to Italy.

Willian could finally get off Arsenal’s books as Fabrizio Romano reports Corinthians have made an official bid and the Brazilian is considering it. Arsenal are willing to let him leave on a free transfer.

A couple of clubs are interested in signing Eddie Nketiah with Crystal Palace offering £10m but Arsenal are asking for at least £20m for the England U21 striker.