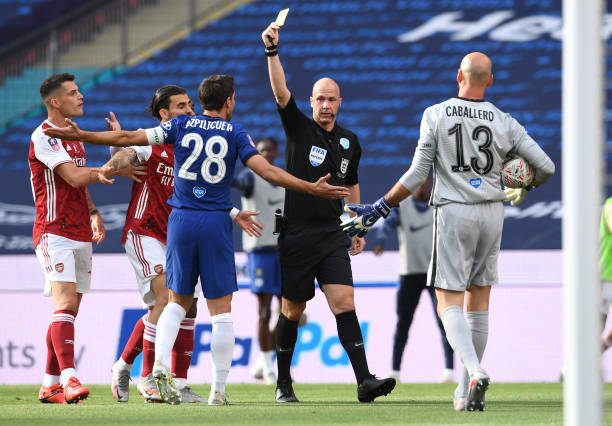 Arsenal will at the weekend welcome Chelsea at the Emirates Stadium and this will be an interesting game as the gunners will want to get their first win of the season while The Blues will want to keep their perfect record. Arsenal has many players on the sidelines but Arteta will hope that the available players are able to do the job, and so here is the early predicted lineup that the North Londoners are likely to use.

Bernd Leno will of course start in goal for Arsenal as he is the first choice goalkeeper despite the imminent arrival of Ramsdale.

Calum Chambers started as a right back in the game against Brentford but he however wasn’t impressive and so he could on Sunday be replaced by Cedric Soares who would be on the back four with Ben White, Pablo Mari and Kieran Tierney.

Thomas Partey is still on the sidelines and so Arsenal boss Mikel Arteta will be likely to use Granit Xhaka and Lokonga as a midfield duo.

Bukayo Saka started on the bench last weekend but he is however likely to be in the starting eleven in the game against Chelsea and so him, and Nicolas Pepe will be on the flanks while Emile Smith Rowe plays in the central attacking midfield position.

It is not known whether Aubameyang and Lacazette will be available for the game but many rumours say they will once again not take part. So Arsenal will use Gabriel Martinelli as a centre forward.

Arsenal receive bad news ahead of their game against Chelsea