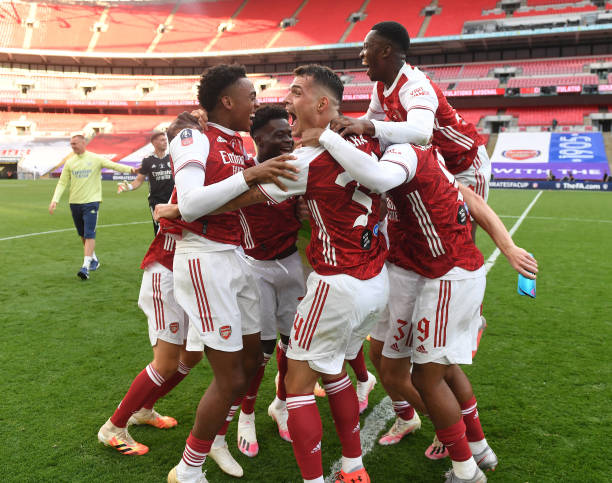 Arsenal will in a few days from now kickoff the Premier League by welcoming newly promoted Brentford at the Emirates Stadium and this is a game that Mikel Arteta will want to win to boost the mood around the club. Arsenal will come into this game with three of their new signings and we take a look at the predicted lineup to face Brentford.

Arsenal goalkeeper Bernd Leno has been linked with an exit from the Emirates Stadium this summer but he is however likely to stay and since he is the first choice, he will start in goal against Brentford.

Arsenal completed the signing of Ben White for £50million in this summer transfer window and the gunners will be hopeful that he will transform their defence. Ben White is likely to get his real debut in the season opening game as he was fully fit and will likely be paired with Pablo Mari as Arteta wants his two centres to be balanced with one left footed and the other right footed. Chambers will start ahead of Bellerin as Arteta has lost trust in Bellerin and Tierney will be on the opposite flank.

Granit Xhaka and Thomas Partey will be Arsenal’s midfield duo as last season as the gunners decided to keep the Swiss international.

Emile Smith Rowe has signed a new contract and been given the no.10 shirt. Smith Rowe is likely to be given a start in his central attacking midfield position while Saka and Pepe play on the flanks.

Pierre-Emerick Aubameyang will definitely start at striker over Lacazette as he has been the better of the two in their time at the Emirates Stadium.