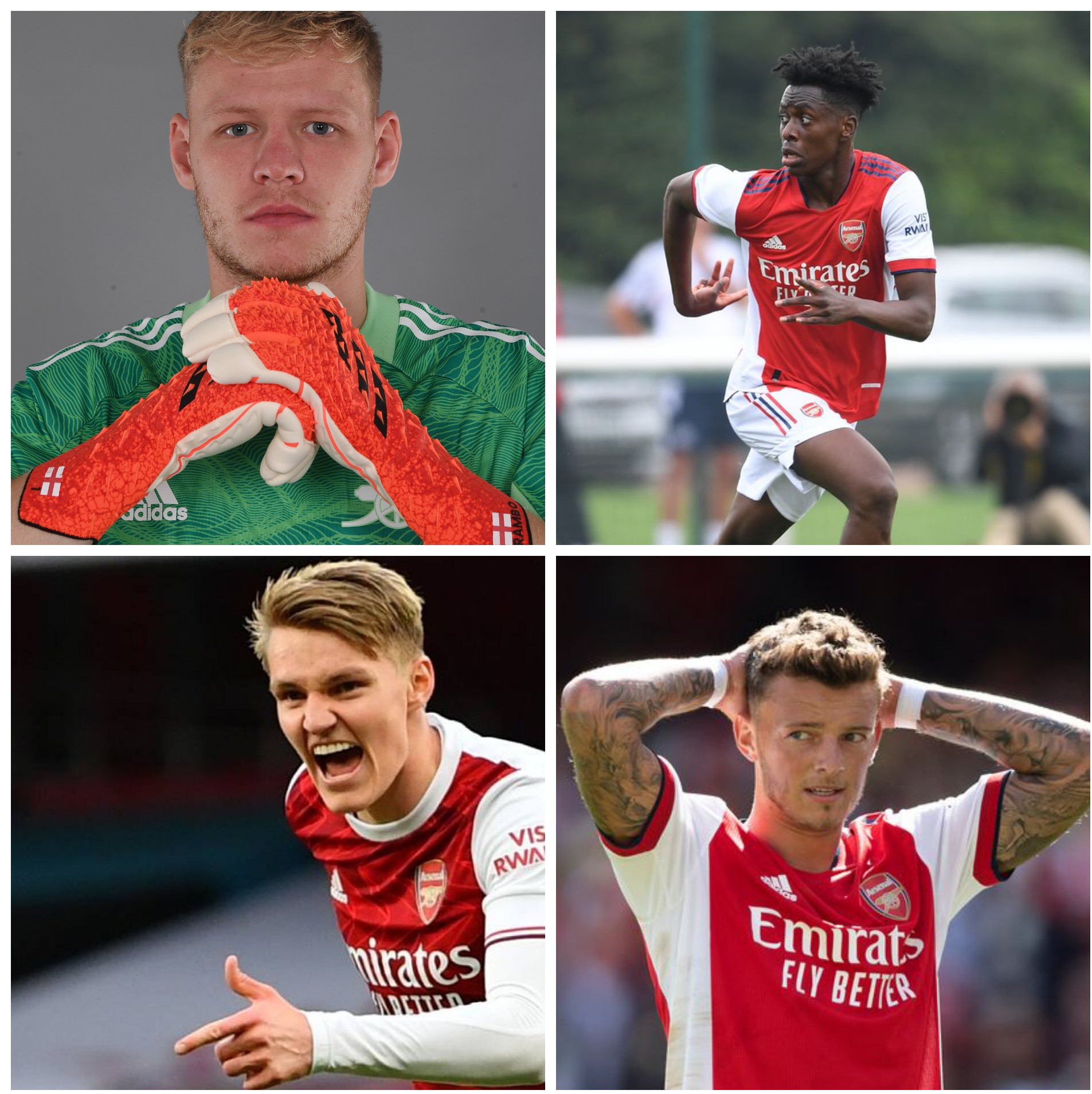 Arsenal have been one of the busiest clubs in this summer transfer window as they have completed the signing of five players for  different positions to bolster their squad as this will be a season that they must qualify for the UEFA Champions League. Arsenal’s five signings are Nuno Tavares (Left back), Sambi Lokonga (Central midfielder), Ben White (Centre back), Martin Odegaard (Attacking midfielder) and Aaron Ramsdale (Goalkeeper).

We are going to take a look at predicted lineup of Arsenal that would include all the five signings with the belief that everyone is fit and that there is no any other departures.

HOW ARSENAL COULD LINEUP WITH ALL THEIR FIVE SUMMER SIGNINGS

How Arsenal could lineup with all its five signings

Arsenal’s new goalkeeper addition Aaron Ramsdale has spoken out on how he wants to get Bernd Leno’s position and so it will be interesting to see if he will able to get it as the German goalkeeper has looked shaky in the last 12 months.

Ramsdale has been hailed for his ball playing ability and so he will be liked by Mikel Arteta as the Spaniard wants his goalkeepers to be playing out of the back.

GLASGOW, SCOTLAND – JULY 17: Nuno Tavares of Arsenal breaks past James Tavernier of Rangers during the pre season friendly between Rangers and Arsenal at Ibrox Stadium on July 17, 2021 in Glasgow, Scotland. (Photo by Stuart MacFarlane/Arsenal FC via Getty Images)

Nuno Tavares will face it hard to break into the usual starting eleven as his competition is Kieran Tierney who is considered to be one of the best players at the club.

We have however saw glimpses of what he could bring to the table in the pre-season and so he should be a good option for Mikel Arteta.

Martin Odegaard will have it easy in getting in the first starting eleven as Mikel Arteta showed that he preferred him over Emile Smith Rowe last season as he usually started the Norwegian international ahead of the new Arsenal no.10 or moved him on the flank.

Ben White is the one who is 100% assured of being in the starting eleven every weekend as he is the best centre back at the club has little competition after the departure of David Luiz.

Sambi Lokonga was a signing for the future but he is already capable of playing in the Premier League but he will however have to face competition from Thomas Partey.

How Arsenal will lineup with new signings, Odegaard and Ramsdale