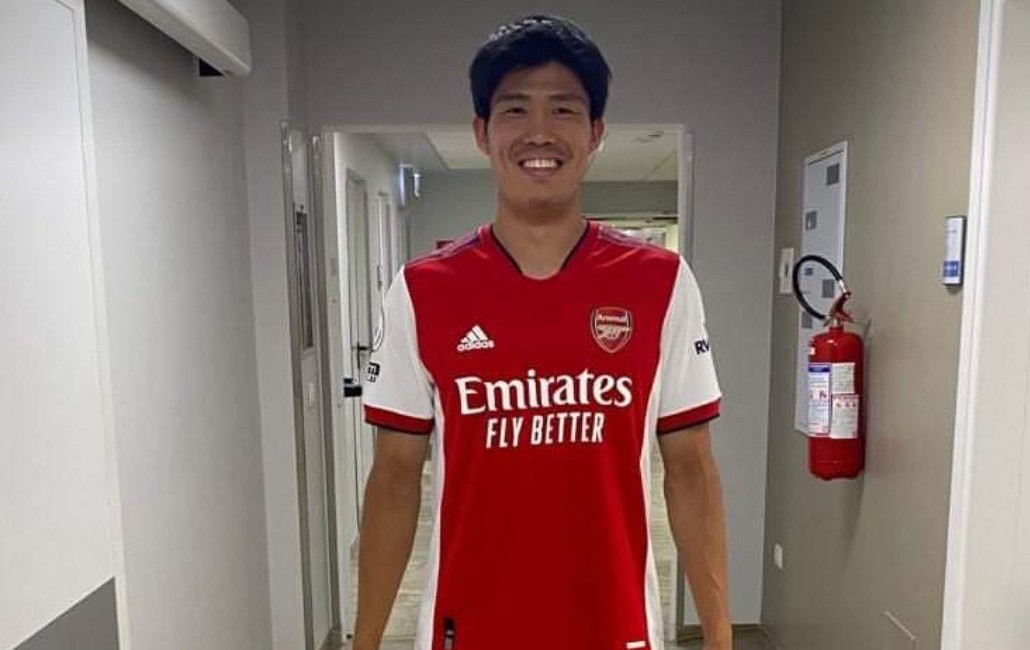 Arsenal completed the signing of Takehiro Tomiyasu from Bologna on a fee believed to be around £19million on deadline day ending their summer transfer window spending spree. The gunners promised to spend big money in this summer transfer window after they finished in the eighth position on the Premier League table last season and their top new signing Takehiro Tomiyasu has sent a message to his new supporters.

Arsenal loaned Hector Bellerin to Real Betis on the deadline day which was to the surprise of no-one because Mikel Arteta had shown how he no longer had any trust in the Spanish fullback as he even started Calum Chambers ahead of him many times. Arsenal were then forced to dive into the transfer market to try to sign a new defender and then identified Takehiro Tomiyasu as the perfect candidate to bring to the Emirates Stadium.

Takehiro Tomiyasu arrived at Arsenal on deadline day and its believed that he might have even had his medical abroad, and so the club had no interview set up for him but he has however taken to social media to send a message to the gooners who he will be playing for in the next few years.

“I’m so happy to be part of this amazing club. I can’t wait to play with the shirts of Arsenal. See you at the Emirates stadium. The new journey has begun!!!” said Takehiro Tomiyasu on Instagram.

Predicted Arsenal lineup with all six of their summer signings

Report: All Arsenal transfers & loans during the summer transfer window