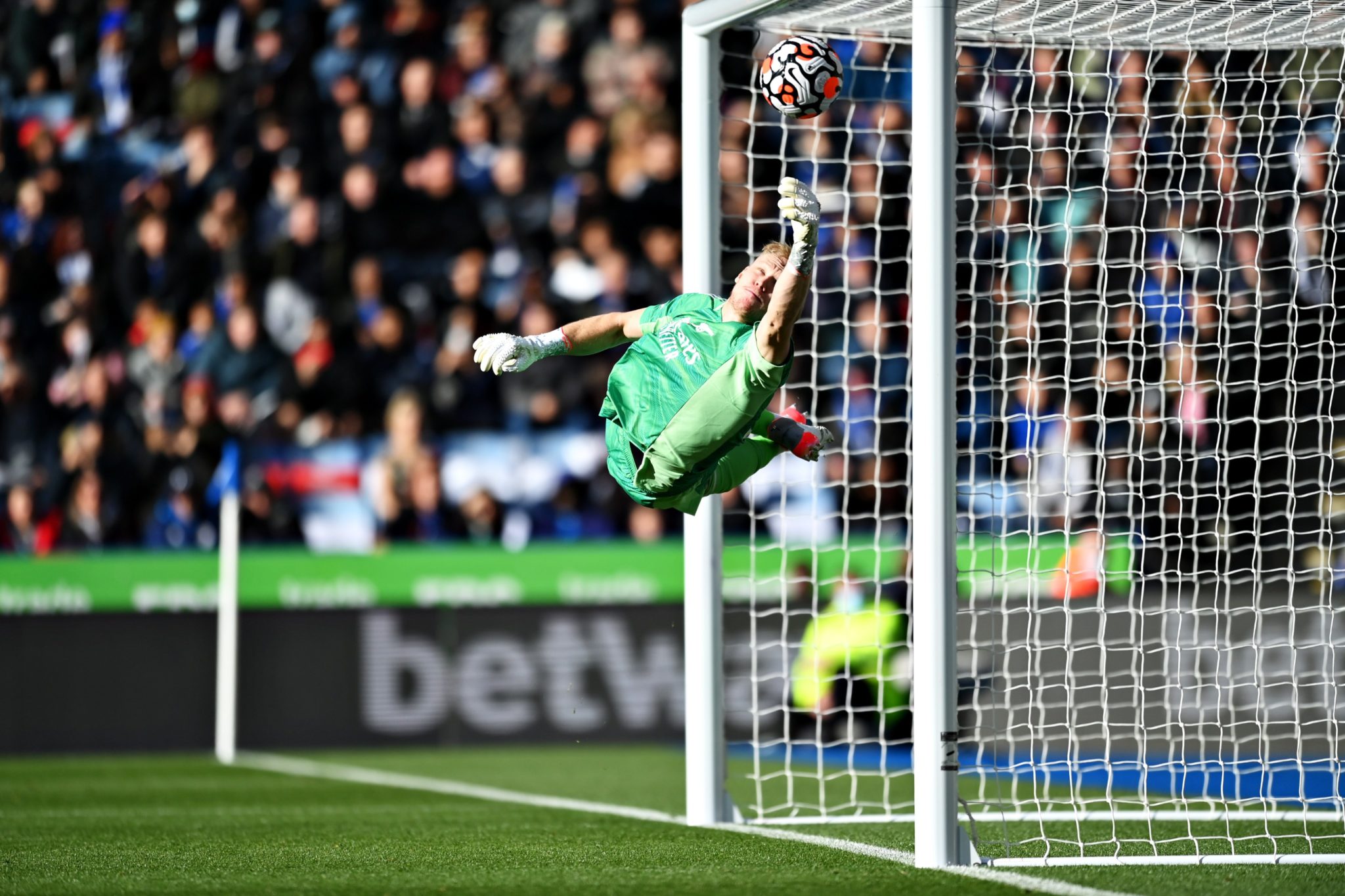 Arsenal completed the signing of Aaron Ramsdale in the 2021 summer transfer window despite immense criticism from the fans on this decision since the general sentiment in the fandom was that their club was spending much money on a goalkeeper that had been relegated twice.  Aaron Ramsdale has however surprised everyone with his impressive performances in his first months at the club.

Arsenal were on Saturday welcomed at the King Power Stadium by Leicester City and the gunners walked away with all the three points thanks to two goals from Gabriel Magalhaes and Emile Smith Rowe but these goal scorers didn’t get the man of the match award or make the headlines as goalkeeper Ramsdale had a better performance than them.

Aaron Ramsdale made many incredible saves in the match against Leicester City but there is one particular one in which he stopped a free kick by James Maddison that has made everyone go “wow”. It has also received global praise in the football world with some legendary goalkeepers Seaman and Schmeichel claiming that is one of the best saves ever.

LEICESTER, ENGLAND – OCTOBER 30: Aaron Ramsdale of Arsenal makes a save from a James Maddison free kick during the Premier League match between Leicester City and Arsenal at The King Power Stadium on October 30, 2021 in Leicester, England. (Photo by Michael Regan/Getty Images)

Arsenal goalkeeper Ramsdale faced the club media after the game and was asked about how he was able to pull off that save, and here’s what he had to say.

“It’s just all about reactions. I was more worried that he was going to reverse it into my corner but as it was a close free-kick, he sort of had to get it up and over the wall and that gave me a chance. He couldn’t really whip it like he normally does.” Ramsdale told Arsenal.com.

“From then on, it’s about explosion. If you get there, you get there and if not, you don’t. I’ll watch it back. It’s just

Alexandre Lacazette reportedly makes a decision on his future at Arsenal