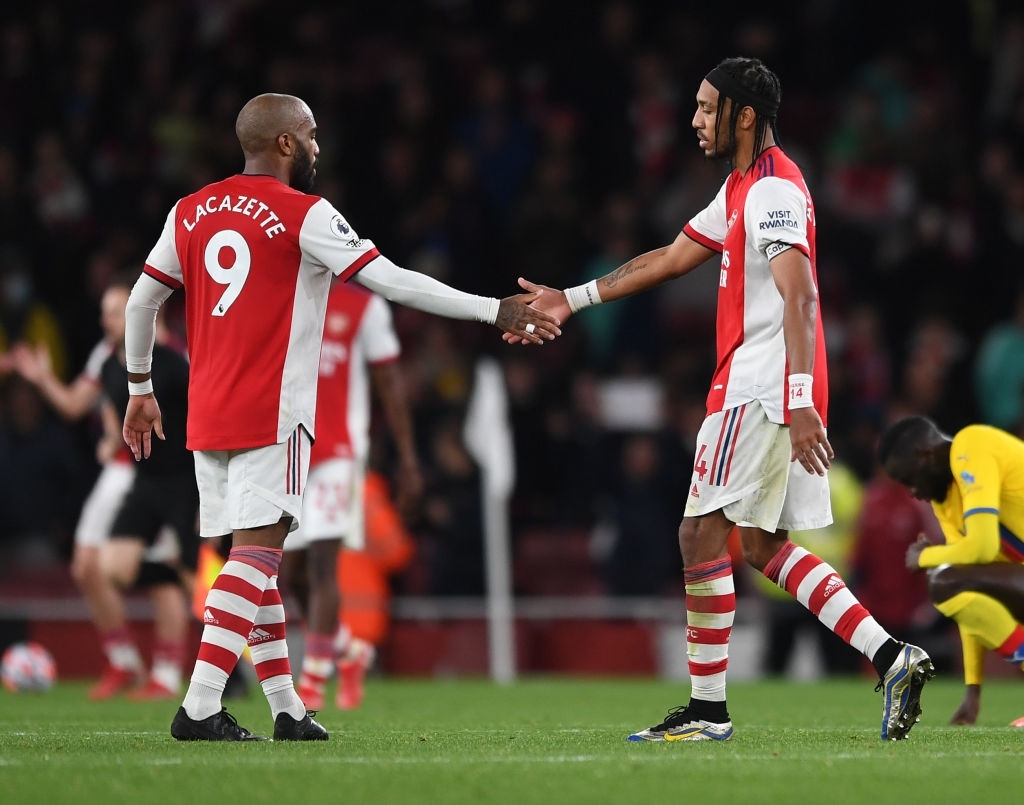 Lacazette and Aubameyang shake hands after the Crystal Palace game.

Arsenal will be hoping to secure three points against Aston Villa on Friday night after back-to-back draws in the league.

The Gunners scored a last minute goal against Crystal Palace on Monday to avoid defeat and extend their unbeaten run in the league to five games.

Fans will be looking forward to a much better result and performance than what they saw on Monday night, anything less than a win against an Aston Villa side that are a point and a place below Arsenal on the table will mount more pressure on Mikel Arteta.

Granit Xhaka remains sidelined for the next couple of months, while Bukayo Saka was subbed off at halftime after a horrendous tackle from James McArthur that was worthy of a red card.

Saka is not seriously injured however, Friday might be too soon and Arteta may choose a more cautious approach.

“[Saka] hasn’t trained yet so we have to assess today and see how he is,” Arteta said in a pre-match conference earlier today.

Aston Villa have won their last three Premier League meetings with Arsenal, as many as they had in their previous 36 against them in the competition (W3 D9 L24). They last won four consecutive league games against Arsenal in September 1962.

Arsenal faced Aston Villa in the first ever competitive game at the Emirates Stadium and have lost four of their past 10 home league games against the Villans (won 6). The Gunners have only lost more league games at their new ground against Man City (5) and Chelsea (6)

Pierre-Emerick Aubameyang has scored in each of his last three Premier League matches at Emirates Stadium.