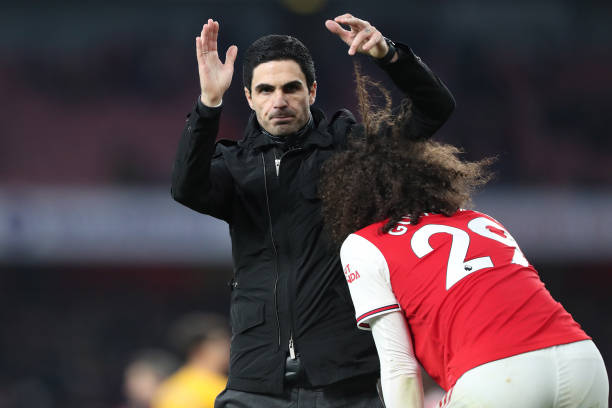 Matteo Guendouzi is currently on loan at Marseille for the season and the Ligue 1 side have an option his transfer permanent.

Guendouzi fell out with Arteta after an incident with Neal Maupay during the 2019/20 season and was loaned out to Hertha Berlin last term.

In a pre-match press conference Arteta was questioned about Guendouzi possibly returning to Arsenal at some point this season. Arteta ruled that out however, he declined to say whether the 22-year-old had [layed his last game for Arsenal.

“For right now, he’s gone for the season.” Arteta said in the press conference. “I think he’s having a really good spell at Marseille, and it’s part of the plan we made with him. He’s continued with his development and we’ll make a decision at the end of the year.”

Questioned whether the French midfielder had already played his last game for the Gunners, Arteta responded: “I think you cannot say that about a player that is owned by the club.”

Arteta’s comments were a bit surprising given the fact that he and Guendouzi failed to make amends. Nonetheless Guendouzi will most likely join Marseille on a permanent transfer, regrettable given his talent and potential.