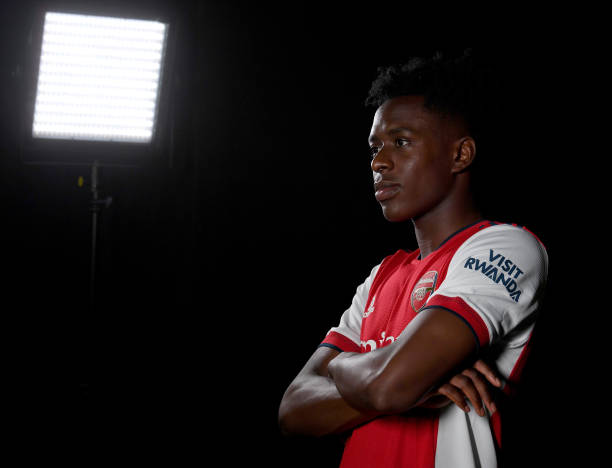 Sambi Lokonga came off the bench at halftime replacing an injured Bukayo Saka his evening was however marred by a costly mistake that led to Crystal Palace’s second goal.

The 21-year-old midfielder was under pressure from Conor Gallagher and ended up losing the ball with most of his teammates in the final third, leaving Arsenal exposed in defence. Crystal Palace’s counter attack was finished off by Odsonne Edouard.

Alexandre Lacazette managed to score a let equalizer to salvage a 2-2 draw for the Gunners. Lokonga managed to speak about his performance after the game.

“I want to play the next game as quick as possible,” Lokonga told reporters. “When you play a game like this, you are hungry inside because I made a mistake.

LONDON, ENGLAND – OCTOBER 18: Sambi of Arsenal during the Premier League match between Arsenal and Crystal Palace at Emirates Stadium on October 18, 2021 in London, England. (Photo by Stuart MacFarlane/Arsenal FC via Getty Images)

“I want to play the next game as quick as possible to change everything. It is difficult because we have to analyse them. I think they (the goals) are from two mistakes, one of them mine as well. Lokonga admitted.”

“It is an area where I cannot lose the ball, so it is difficult to speak about the goals when I made a mistake.”

The Belgian midfielder will have the chance to redeem himself on Friday night against Aston Villa at the Emirates stadium.

Why Arteta should start Aubameyang and Lacazette together