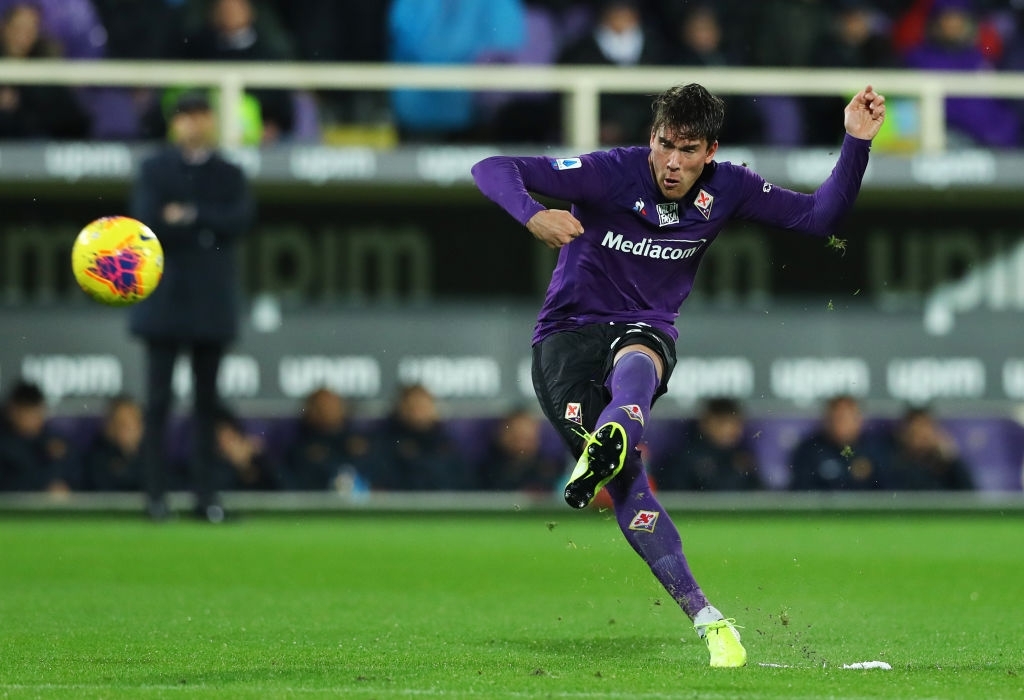 Arsenal were reportedly keen on signing Fiorentina striker Dusan Vlahovic and approached the Serie A outfit two weeks ago about the price and everything.

But according to transfer expert Fabrizio Romano the player doesn’t seem interested and his agents have not answered Arsenal’s calls.

With Alexandre Lacazette and Eddie Nketiah’s contracts running out in the summer and Pierre-Emerick Aubameyang left with just under two seasons to offer, Arsenal fans have been debating over their potential replacements and the clubs next striker.

Speaking to The Arsenal Lounge recently Fabrizio Romano said: “From what I’m told the priority for Arsenal, in (the) last days of the summer window and in January or next summer if it won’t be January is a striker.

Calvert-Lewin has established himself in the Premier League as a proven goal scorer.

Currently out injured, the 24-year-old netted three times in three appearances before being sidelined, following up on an impressive 2020/21 season, in which he scored 16 times in the Premier League.

The Everton striker is quick, athletic and a good goal scorer and would cost not much more than the €80m that Arsenal were reportedly ready to pay for Vlahovic.

The in form striker has racked up ten goals in 14 Ligue 1 games for Lille this season.

David is an intelligent striker that makes use of possession and dynamism in forward areas balanced with strength to protect the ball and bring others into play.

His major drawback is he isn’t very dominant in the air but his techinal abilities make up for that. Arsenal were admirers of the 21-year-old before he joined Lille.

David’s price tag is certainly not very high and he could easily be convinced about the Arsenal project.

Isak is a talented striker who plies his trade for Real Sociedad in the Spanish La Liga.

The towering Swedish striker is a player that works hard off the ball, a trait that Mikel Arteta demands of his players.

He tallied up an impressive 17 La Liga goals last season however, he recently signed a new long-term deal at Real Sociedad that has a staggering release clause of €90m.

Ivan Toney in an aerial battle with Pablo Mari and Calum Chambers. (Photo by Charlotte Wilson/Offside/Offside via Getty Images)

Ivan Toney had a record-breaking campaign in the championship last season and has continued to impress in the top flight with newly promoted Brentford.

Toney has three goals and two assists to his name and his style of play is dominance in the opposition penalty area and formidable aerial presence.

The 25-year-old is a hard working striker as seen by some of his stats this season and would probably be the cheapest option.

Ivan Toney ranks 1st among strikers in the Premier League for the following metrics so far this season:

Patrick Schick caught everyone’s attention after his performances at the Euro’s where he netted five times for Czech Republic.

His goal scoring form has carried on to the Bundesliga, scoring 8 goals in 9 games for Bayer Leverkusen.

The 26-year-old possesses good technical abilities that enable him to be used as a second striker, sole striker or as a target man.