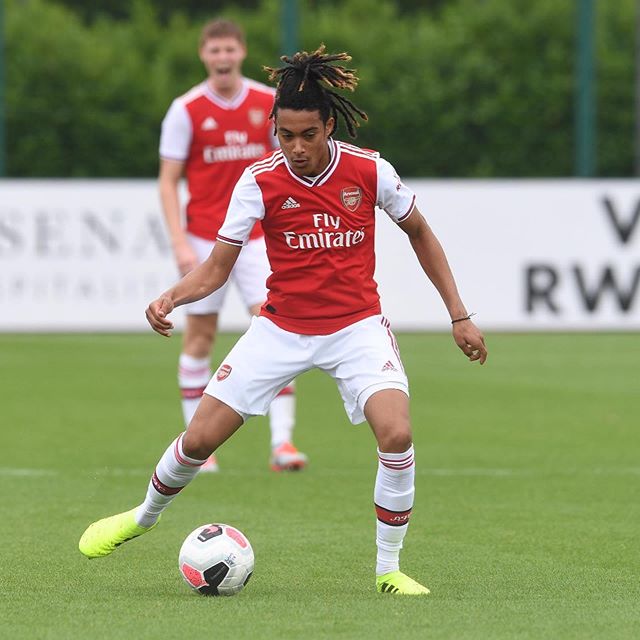 Arsenal could recall Miguel Azeez from his loan spell at Portsmouth in January according to Chris Wheatley. The highly rated 19-year-old midfielder was sent out on loan to Football League one side Portsmouth for the campaign.

Azeez had an impressive pre-season and was initially set to be part of the first team however, limited opportunities due to lack of European football and several options in the under-23 side, the best decision was to send him out on loan.

At Portsmouth however, the teenage prospect has not been given enough playing time. Azeez played 59 minutes in Portsmouth’s 2-1 loss to Cambridge United in September and hadn’t featured until yesterday’s 1-1 draw with Cheltenham, where he played 23 minutes.

With just 82 minutes played in nearly four months, recalling Azeez is the best decision for his development.

The Gunners could also do with the youngsters services in January when Thomas Partey and Mohamed Elneny head for the Africa Nations Cup or could send him out on loan elsewhere where he’ll play regularly.

Alexandre Lacazette reportedly makes a decision on his future at Arsenal