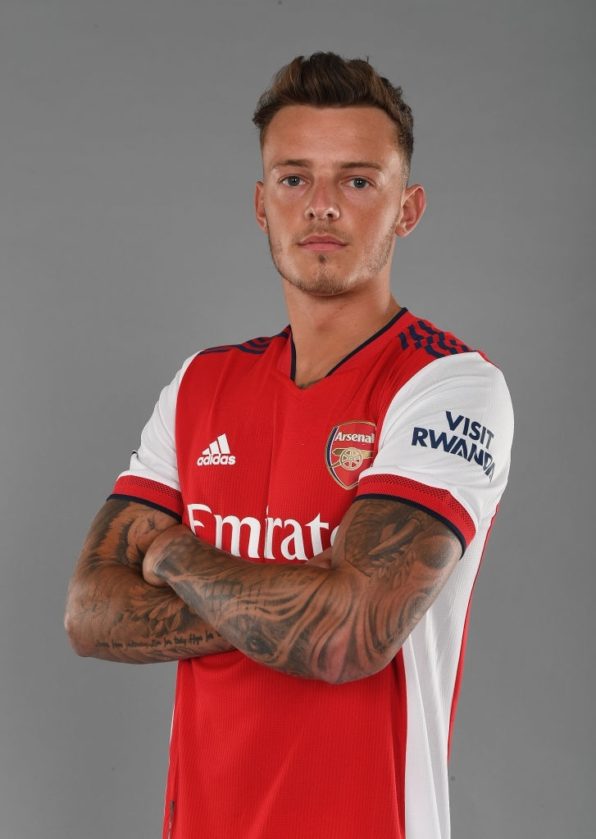 Benjamin White has said that he is looking forward to facing Manchester United forward Cristiano Ronaldo.

White completed a £50m move from Brighton in the summer transfer window and became Arsenal’s most expensive defender in history.

He told the club’s official website that he isn’t shy of coming up against the five time Ballon d’or winner and wants to face him at Old Trafford.

“I think probably the United game. I want to play against Cristiano Ronaldo. I’ve played at Old Trafford before, but not when it was full”. White told  Arsenal’s official website when asked which away game he was most looking forward to.

Ben White has formed a solid partnership with Gabriel in central defence. (Photo by Stuart MacFarlane/Arsenal FC via Getty Images)

“It would be a great experience. In fact I’ve been there to watch a game, when they played Chelsea a few years ago, because my uncle is a United fan so he took me along. But playing there in front of a big crowd is what I really want to do.”

The 24-year-old will come up against Ronaldo when Arsenal take on Manchester United at Old Trafford on December 2.

Ronaldo, one of the very best footballers in the world is not the player many defenders would boldly say they’d want to play against.

Benjamin White however is not shying away from a challenge and wants to test himself against the very best that comes in the form of the former Real Madrid star.