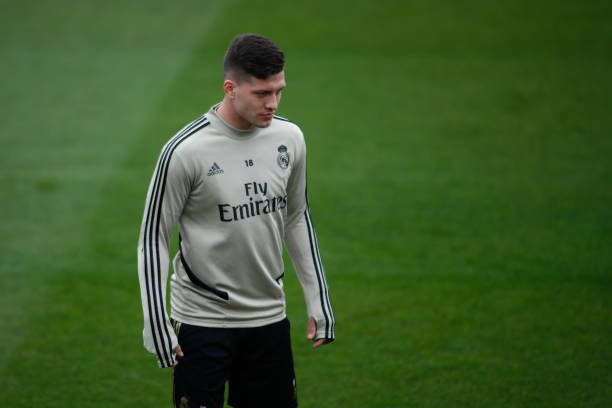 Lacazette is in the final year of his contract and is highly unlikely to extend his stay in north London, this has prompted Mikel Arteta to begin searching for a replacement.

The Arsenal boss is said to be an admirer of the 23-year-old striker who has had a difficult time in Madrid.

Jovic has struggled to make an impression at Real Madrid. (Photo by JOSE JORDAN/AFP via Getty Images)

Jovic completed a €63m transfer from Eintracht Frankfurt to Real Madrid in 2019 but has totally failed to make an impression, scoring just two goals in 38 games for the Spanish giants.

Express report that Arsenal want an initial loan deal in January with an option to buy. Real Madrid however, want at least €25m for the Serbian striker.

Arsenal could revive Jovic’s career after an unsuccessful spell in Madrid. Jovic was previously one of Europe’s hottest strikers during his time at Frankfurt where he scored 40 goals in 90 games for the German outift.