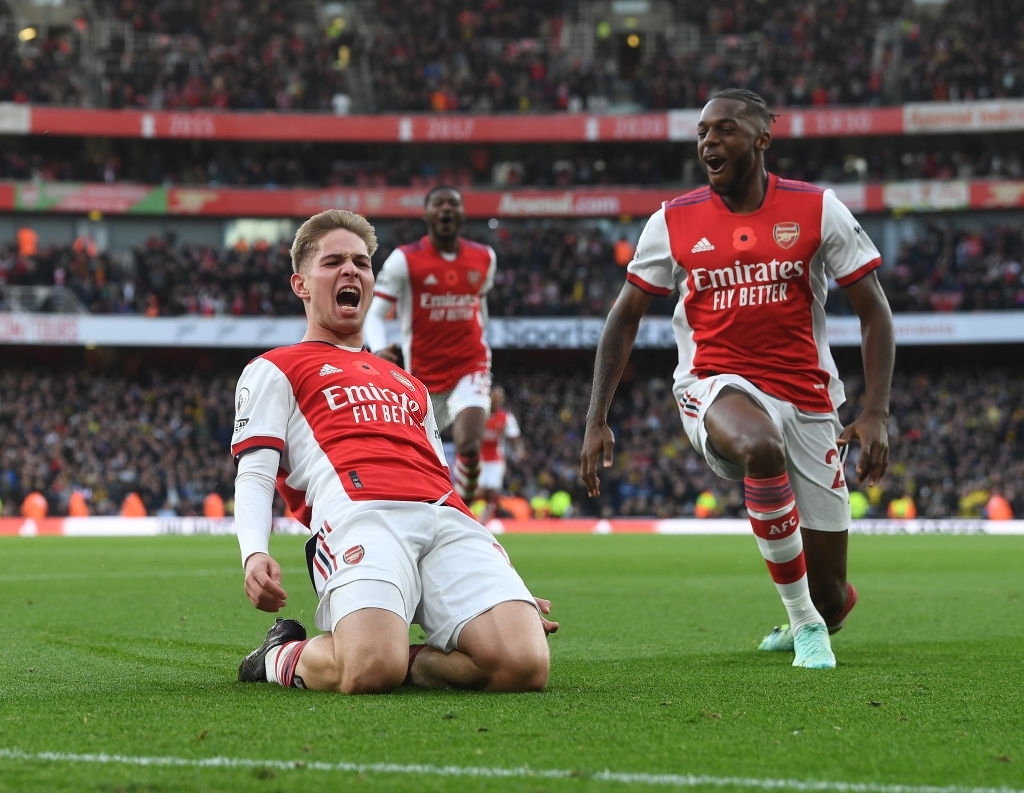 While most of us may be still reeling from the recent defeat to Liverpool at Anfield, let’s not forget the ten-game unbeaten run that came before that. Mikel Arteta and his men can get back to that form and, in doing so, ensure that there is plenty to play for in the Arsenal jersey this season.

Have you been occupying yourselves by trying your skills at fantasy football? There is plenty to love about the official Fantasy Premier League (FPL) game. Beware, however, that it does take a lot of talent and commitment to come out anywhere near the top in the FPL with over seven million people registered to play this season.

For now, let’s have a look at some of the best Arsenal players to have in your fantasy football team right now.

Arsenal Players to Pick in FPL

As a Gunners fan, you’ve probably been watching most, if not all, of Arsenal’s matches in recent months. Therefore, you may believe you know who tops the charts in terms of performance for Mikel Arteta’s squad. It’s always worth taking a look at the top-performing Gunners in the Premier League, though. There can be plenty of surprises. It’s hard to take in everything that’s happening on the pitch when watching a game live. You’d be surprised by the little contributions that can go unnoticed by any player at the time. Another simple tip is to just check the FPL points each Arsenal player has earned so far. A solid midfielder may impress you in every match he plays, yet, if he’s not providing assists or getting many goals, he may not be a great acquisition in fantasy football.

Emile Smith Rowe – what a young talent this midfielder has turned out to be. Four goals, two assists, and six bonus points have brought this player’s total to 59 – Arsenal’s top-scoring FPL player at the moment. Smith Rowe costs 5.9 million right now and is selected by 24.8% of teams.

Aaron Ramsdale – our young goalkeeper has been hugely impressive since joining in the summer. Five clean sheets and 30 saves in nine games has his total at 47 points. Ramsdale costs 4.8 million and is selected by 11.6% of teams.

Gabriel – the Brazilian centre-back is the next-best Gunner with 46 FPL points. He costs 5.1 million and is selected by 2.3% of teams.

Bukayo Saka – England international Saka has a potentially huge career ahead of him. He has one goal and three assists in 2021/22, giving him 42 FPL points. He costs 6.3 million and is selected by 9.3% of teams.

Pierre-Emerick Aubameyang – our Gabon international striker has four goals and one assist so far. Now 32, Aubameyang is well-and-truly in the twilight of his career but he still has plenty to offer on the pitch for now. He costs 9.9 million and is selected by 4.2% of teams.

How to Predict Arsenal’s Starting Lineups

No-one expects you to know all the news about injuries, suspensions, and other issues at every club in the Premier League. It’s hard enough to keep track of all these things at one club like Arsenal. Thus, there will always be some surprises when you see each team’s starting eleven in every gameweek.

The good news is that you don’t have to depend on what you’ve heard on the news during the week. You can utilise the best fantasy football tips sites available for this sort of information.

The best of these sites will have predicted lineups in the Premier League pages ahead of each gameweek deadline. You can check what those sites think Arsenal’s next starting lineup will be, as well as the predicted first eleven for every other team.

Injuries and suspensions affect the lineups each and every week. To know what players are suspended, your best bet is the official FPL site. This will have up-to-the-minute information for you every day. Regarding injuries, you should view the Premier League injury table.

Opinion: Arsenal are absolutely right to celebrate their wins like they won the Premier or Champions League