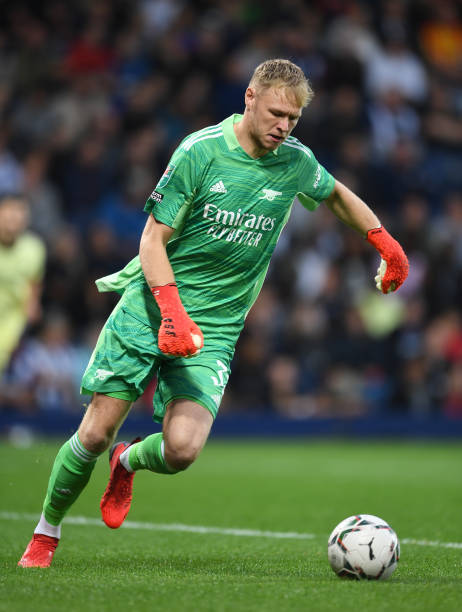 Aaron Ramsdale has received praises for his impressive performances since joining Arsenal for a fee of £30m including add-ons.

The 23-year-old keeper has kept six clean sheets in the nine matches he has played including five in the Premier League.

Ramsdale is ranked second for clean sheets in the Premier League and has made 25 saves with an 86% save percentage.

Here are three reasons why Ramsdale is starring at Arsenal and proving his earlier skeptics wrong.

1. Ramsdale has been an Arsenal fan

It is much more enjoyable to play for the club you grew up supporting. For Ramsdale joining Arsenal has given him the extra motivation to up his game.

2.Playing for the bottom sides in the league

Ramsdale, prior to joining Arsenal had played for teams that battled with relegation. The England international played for Chesterfield in League two that were relegated in the 2017/18 season and later joined AFC Wimbledon.

He also played for Bournemouth that got relegated in the 2019/20 season as well as Sheffield United last season.

These teams are always on the receiving end and normally have weak defences and so Ramsdale was always called in to action, making saves constantly.

Ramsdale makes a magnificent save for Arsenal against Leicester City. (Photo by Michael Regan/Getty Images)

Playing for the worst teams in the division brought the best out of Ramsdale and Arsenal are reaping the benefits.

3.He had to prove his critics wrong

Ramsdale received heavy criticism and abuse from Arsenal fans that questioned why the club was signing him.

After all the talk he knew he had to prove the skeptics wrong whenever he got the chance to to feature in between the sticks.

And once he showed his qualities many of his critics turned in to his fans, Ramsdale almost immediately became a fan favourite at Arsenal.