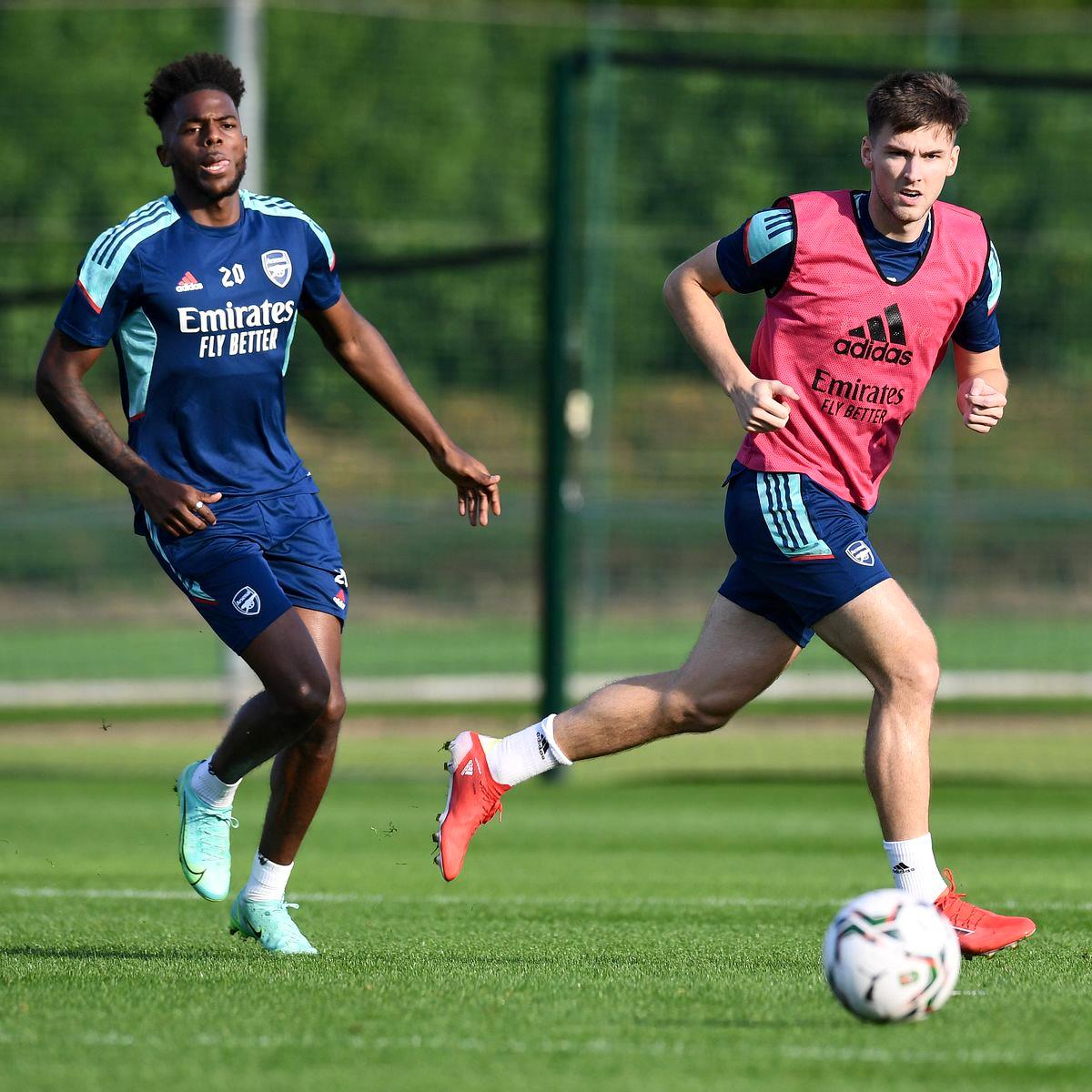 Kieran Tierney has recovered from an ankle injury that made him miss Arsenal’s last three games and Nuno Tavares has done well in his absence.

Arteta will have to make a decision on whether to start in-form Nuno Tavares or bring back Kieran Tierney for Saturday’s game at Anfield.

Here are a couple of reasons why Arteta will opt for the Scotsman at left-back.

The Liverpool game will be a big test for Arsenal’s defence that has been resilient over the last eight league games.

Whoever starts at left-back will be responsible for stifling Liverpool’s dangerous right-flank that has the Premier League’s top scorer Mohamed Salah and Trent Alexander-Arnold.

That’s why Arteta will likely start Tierney given that he has better defensive acumen and tackling abilities compared to his Portuguese counterpart.

The Gunners will have chances and look to explore pockets of space on Liverpool’s right-flank in behind Alexander-Arnold, but they will also be forced to retract into a deep block, where you need a more disciplined member of your squad to avoid being caught in possession high up the field.

Tierney is more experienced and the better leader

In a big game like this one you need a more experienced figure, Tavares at 21 is still a young lad and doesn’t boast of the experience that Tierney has.

Arsenal will need leadership on Saturday and for Tierney he has been touted as the next captain. He is the man the team will need to encourage them or if needed shout at the younger players on the pitch.

Arsenal are lucky to have two good left-backs however, Saturday’s game requires the services of Tierney.

Predicted Arsenal lineup to face Liverpool ahead of kickoff