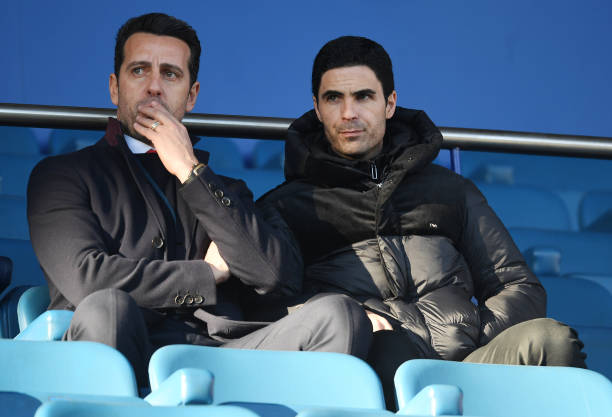 Arsenal are set to have another busy summer transfer window that will revamp their squad and take them to the next level.

The Gunners were the top spender’s last summer, spending £156.8m on a set of young players that have been key for the club this season.

Reports claim that Mikel Arteta and Edu will have up to £180m at their disposal this summer regardless of where they finish in the Premier League.

Qualification for next season’s UEFA Champions League is Arsenal’s target and should the Gunners meet their target, another squad revamp is inevitable.

According to Football London, Stan Kroenke will give technical director Edu the greenlight to implement his blueprint in the transfer market.

The American businessman has come under heavy criticism from supporter’s over the years for his lack of involvement in the affairs of the club, especially regarding financial investments. However, fans have welcomed the change of Kroenke’s willingness to invest in the club.

Arsenal are expected to invest big on a striker after letting Pierre-Emerick Aubameyang leave while Eddie Nketiah and Alexandre Lacazette are also set to leave at the end of the season.

The reported £180m will also be used to strengthen central midfield as well as recruit backup options across multiple positions.

Gabriel Magalhaes speaks out on why Aubameyang left Arsenal