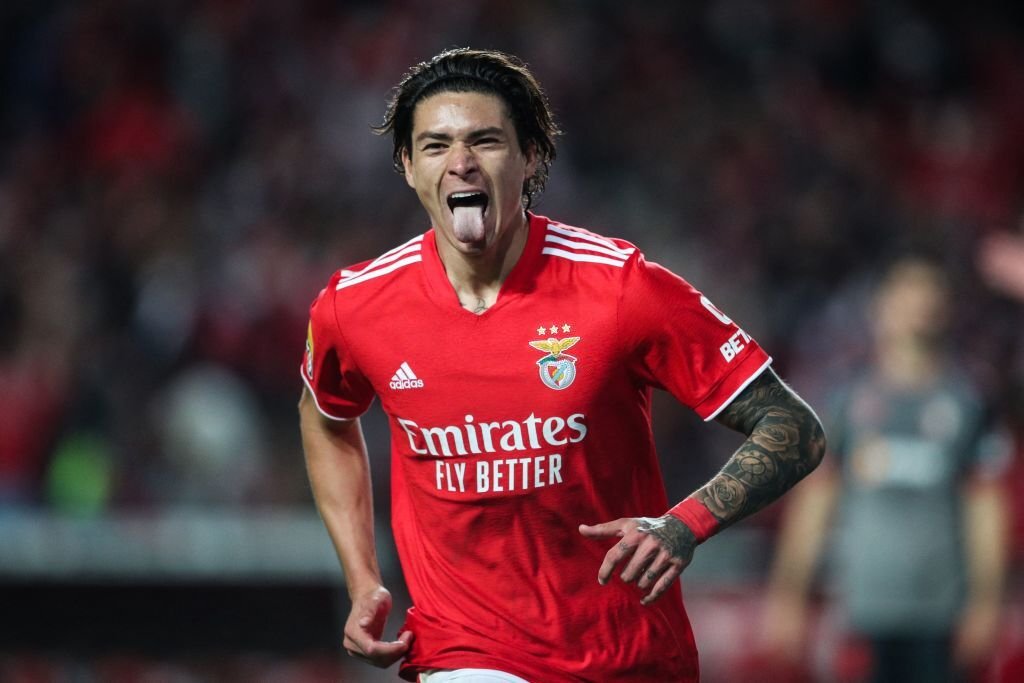 Arsenal are keeping tabs on Benfica striker Darwin Nunez ahead of the summer transfer window. Mikel Arteta will be looking to add a prolific number 9 to his team.

While several names have been linked with a move to Arsenal, Nunez stands out as one of the best candidates for the role.

Nunez has scored 26 goals in 33 appearances including 4 goals in the Champions League that have put his side in the quarterfinals.

The 22-year-old is physically strong and possesses good speed and technique on the ball. Typical of a South American forward, Nunez has a high work rate.

Good in the air, he is adept at attacking open spaces and is good at generating shots from varied situations making him a perfect fit for Arteta.

No doubt with the killer instincts the Uruguayan possesses and his positional intelligence, he would thrive playing with Arsenal’s attackers Bukayo Saka and Martin Odegaard.

Nunez is in demand and would cost Arsenal around €80m (£67m). Though this shouldn’t be a problem especially if the Gunners qualify for the Champions League.