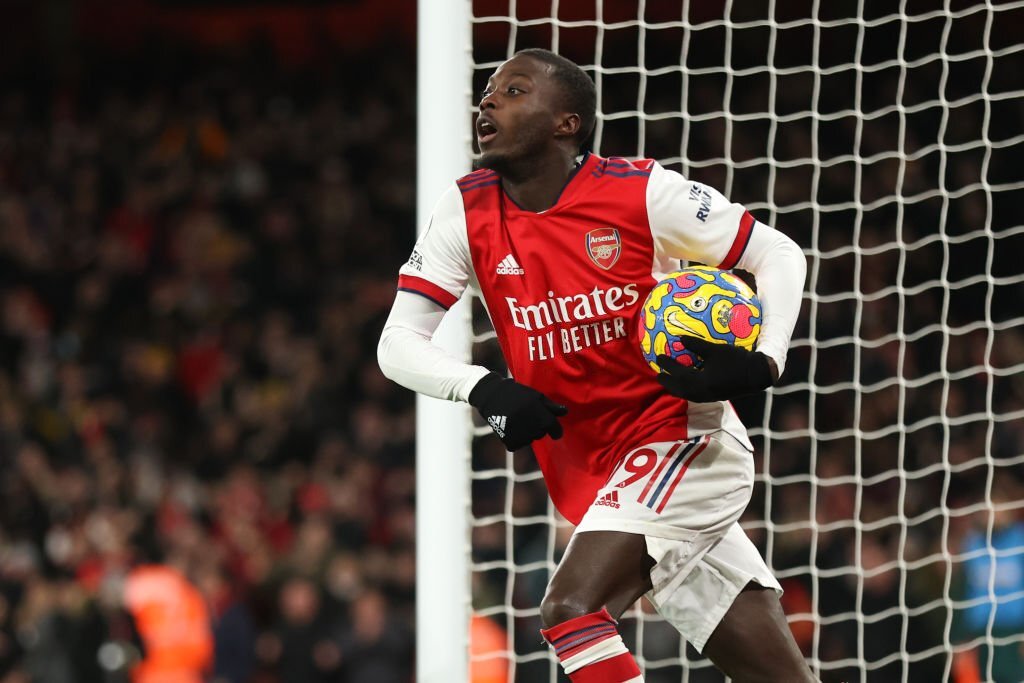 It’s been a few years since Arsenal signed Nicolas Pepe for £72million from Lille which became their record signing but it’s however been disappointing how the Ivorian international hasn’t delivered as everyone expected when he was signed. Nicolas Pepe hasn’t played a lot this season and it’s now reported that Mikel Arteta’s Arsenal have made a decision on whether to keep or sell their star.

Nicolas Pepe has failed to establish himself to be among Mikel Arteta’s regulars as it now looks like the young players such as Emile Smith Rowe, Gabriel Martinelli and Bukayo Saka are preferred over him as he has in the last six months been mostly coming off the bench in the Premier League games. A report by The Sun has now claimed that Arsenal have decided to put Nicolas Pepe on the transfer market in the summer transfer window as he might be among a few of their players that could fetch them a significant amount of money.

The report confirms that Nicolas Pepe is also frustrated at the lack of game time since he is now in his prime years and that a move back to France could be possible. Pepe still has two more years remaining on his current contract at Arsenal and so the gunners will hope to get a decent fee as they won’t want to have a big loss on the record £72million fee that they paid to Lille. It will be interesting to see whether Mikel Arteta will replace Nicolas Pepe with a big signing but it’s however clear that the Spanish coach will only sign young players as that’s what he has chosen as his project.

Report: Arsenal in contact with the agent of €100m rated Victor Osimhen