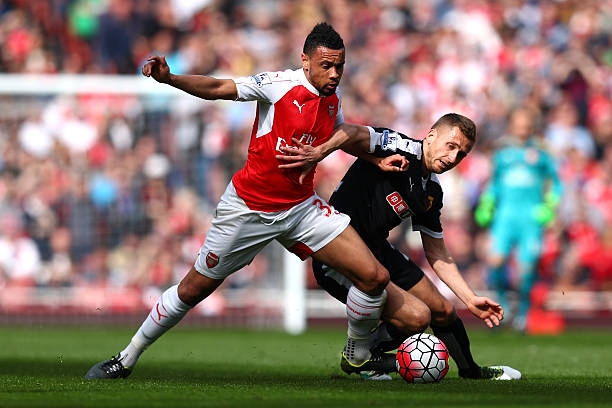 Francis Coquelin joined Arsenal at a young age and became a bit of a fan favourite at the peak of his incredible partnership with Santi Cazorla but he however moved to Spain in 2018. The French footballer has opened up about how he took revenge on Manchester United’s biggest legend Sir Alex Ferguson.

Francis Coquelin left Valencia for Villarreal in the 2020 summer transfer window and he has been great there as he was even in the squad that defeated Manchester United to win the UEFA Europa League, and the 30 year old has revealed how that was some sort of revenge for him for some particular past.

Coquelin was among the Arsenal team that lost 8-2 at Old Trafford and has revealed how the win over United in the Europa League was sort of revenge to the former Manchester United manager Sir Alex Ferguson who wrote something negative about him in his biography.

“It was a bit of revenge. When I made my Arsenal debut, we lost 8-2 at Old Trafford, Sir Alex Ferguson criticised me in his biography. He was in the stands, so lifting the trophy in front of him was nice. He must have seen me.” Francis Coquelin told RMC Sport.

Francis Coquelin was a fan favourite in his time at Arsenal and the gooners have found this statement very hilarious as they have reacted with laughter after this interview came out. The 8-2 defeat is considered as one of Arsenal’s biggest embarrassment in its history.