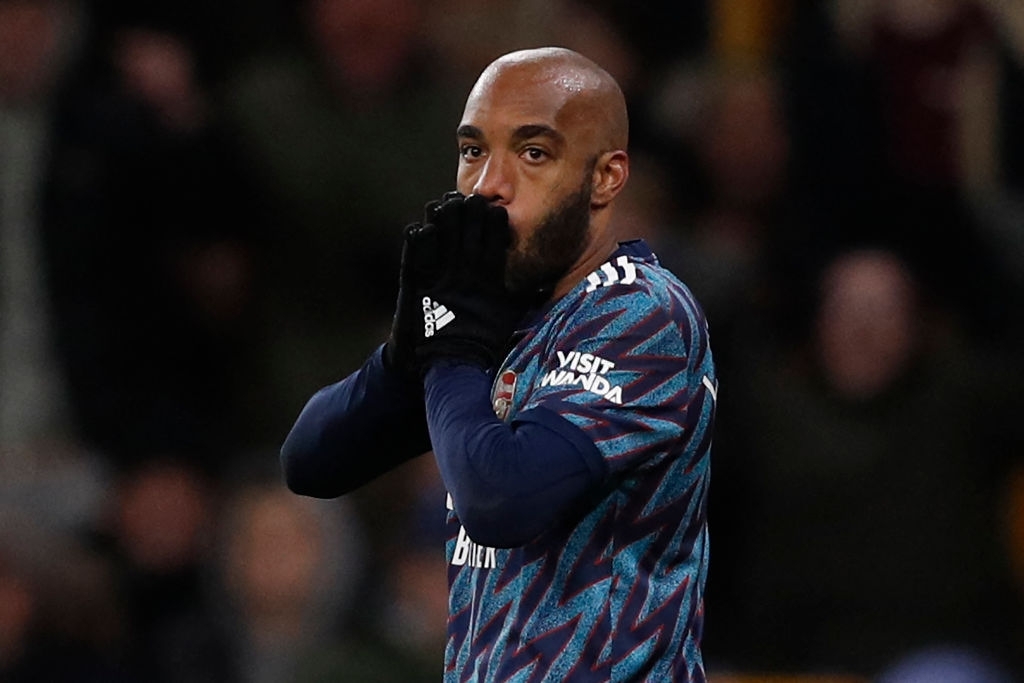 Alexandre Lacazette has been abysmal this season for a striker playing for a top team. The 30-year-old was handed the mantle of leading Arsenal’s attack after Pierre-Emerick Aubameyang fell out with Mikel Arteta.

Aubameyang last played for Arsenal in December and yet he has the same number of Premier League goals as Lacazette. Two open play goals, shocking!

Lacazette has received credit for his link-up and hold-up play as well as his hard work with and without the possession, something Aubameyang did not offer.

However, his statistics have been shocking and it is time for him to be dropped as Arsenal attempt to salvage their top-four ambitions.

Since Christmas Lacazette has had four open play shots on target in 1000 minutes of Premier League football.

Lacazette dropped, so who plays up top?

Reports claim that he hasn’t featured in training for reasons yet to be known. So if he is dropped from the starting team, who takes his place?

Arteta does have options, he could start Eddie Nketiah after he looked lively in his cameo against Brighton. Majority of Arsenal fans would like to see Gabriel Martinelli start up-front with Smith Rowe, Saka and Odegaard playing behind him.

Another option to field Nicolas Pepe as a no.9 which could give Arsenal’s attack a new dimension. None of these options is worse than fielding Lacazette.

Regardless of whether Lacazette is fit or not, Eddie deserves to start on Saturday. Nketiah’s 2 sub cameos have produced more goalscoring opportunities than Lacazette’s 180 minutes.pic.twitter.com/sO1mKDI37q

The Gunners trail fourth-placed Tottenham by three points after back-to-back defeats and will be hoping to bounce back this weekend again Southampton.

Opinion: This Arsenal outcast should not be sold and instead given a chance next season

Opinion: Arsenal are absolutely right to celebrate their wins like they won the Premier or Champions League