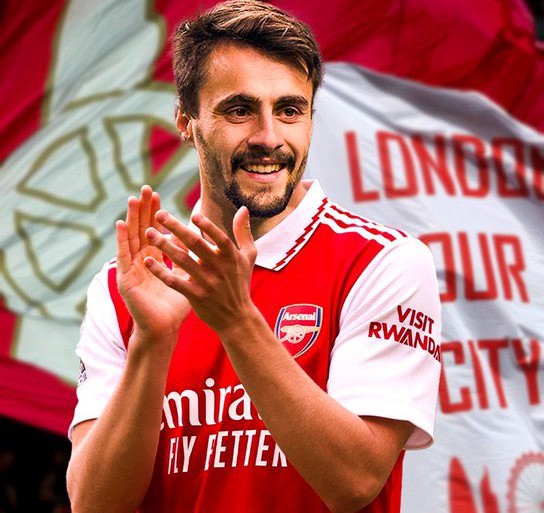 Arsenal are expected to officially announce the signing of Fabio Vieira. Vieira joins from Porto for a fee of €40m.

The Portuguese midfielder will be Arsenal’s second signing of the summer transfer window after Marquinhos.

Vieira will wear number 21 which was previously worn by Calum Chambers. The 22-year-old wracked up an impressive 7 goals and 16 assists across all competitions for Porto last season.

Fabio Vieira’s move to Arsenal will be announced tomorrow morning.

He will wear number 21 at the club.

The addition of Vieira to the squad is a huge boost since the Gunners have been lacking goal scoring midfielder, he will also provide depth in the attacking midfield position and a possible option on the left-wing.

How Arsenal will lineup after signing Raphinha