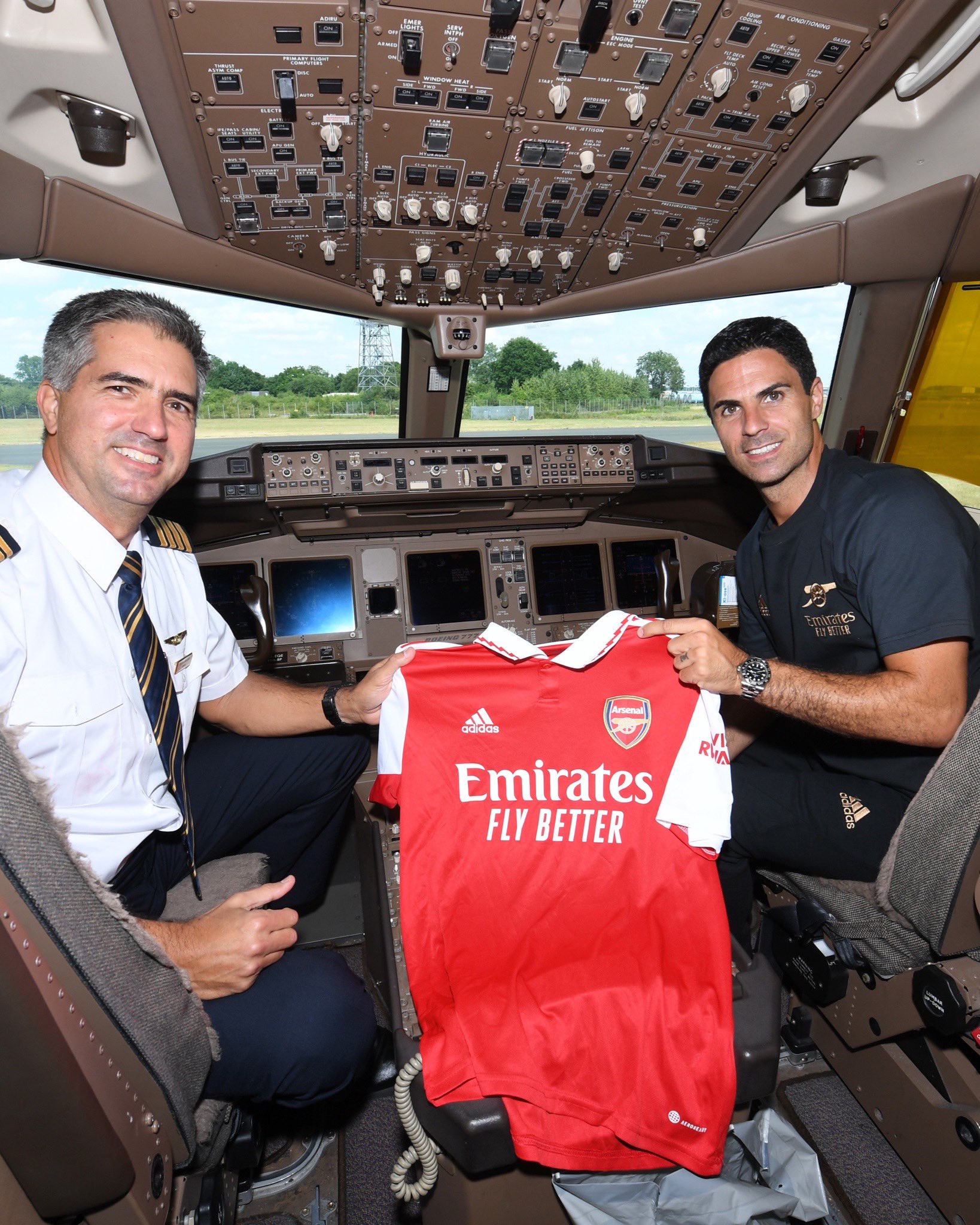 Mikel Arteta poses with the captain of the Fly Emirates plane.

Arsenal have embarked on their trip to the US where they will play three fixtures across two cities.

The Gunners are set to take on Everton in Baltimore on Saturday, before games against Orlando City and Chelsea in Florida the week after.

The 33-man squad named for the trip includes players that did not feature in the wins over Ipswich Town and FC Nurnberg in Germany.

Bernd Leno, Hector Bellerin and Lucas Torreira are part of the travelling squad despite being linked with exits while Thomas Partey is also part of the squad in contrast to reports stating that he was set to be left out.

Arsenal squad for the USA tour:

William Saliba speaks out on Arsenal future amid transfer speculation