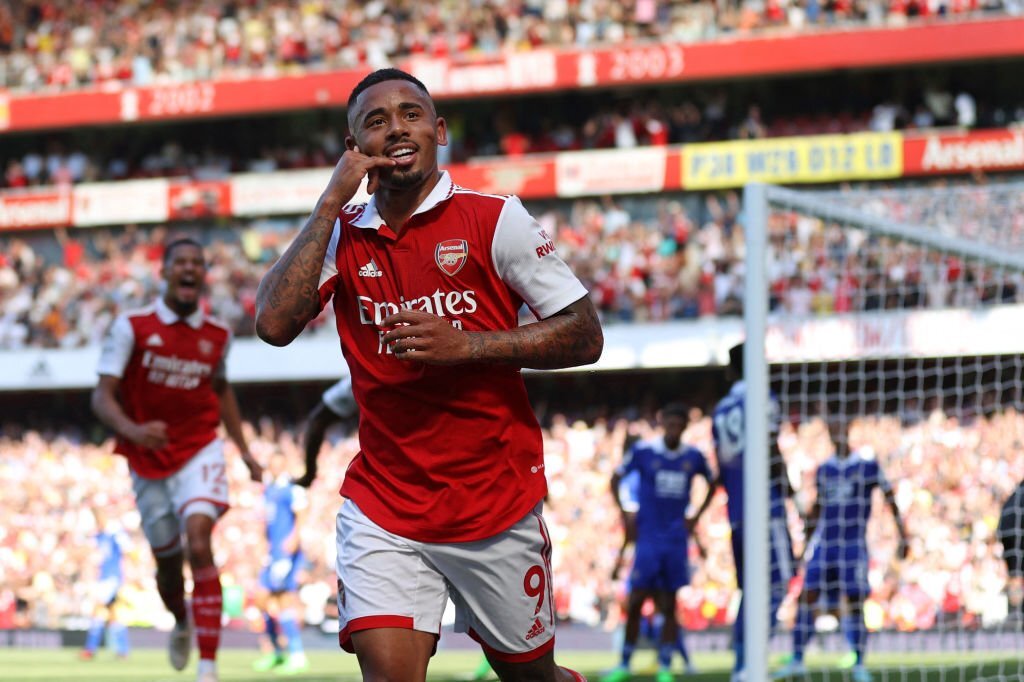 Arsenal made it two wins in two games with a dominant performance over Leicester City at home.

Gabriel Jesus put the Gunners in front with a beautifully chipped shot in to the far corner. The Brazilian got his second goal in the 35th minute as he nodded in a poorly defended cross from close range.

The visitors pulled one back early in the second half as William Saliba conceded an unfortunate own goal. Saliba misjudged his header and it went past Aaron Ramsdale and into the back of the net.

Two minutes later Granit Xhaka restored the two-goal cushion as he slotted into an empty net from 12 yards after Gabriel Jesus took advantage of Ward’s spill.

Arsenal had another scare as James Maddison made it 3-2, Ramsdale will feel he could have done better to save that shot.

Immediately Arsenal goat their two-goal lead back through Gabriel Martinelli’s 20 yard striker. Jesus did well to pick out Martinelli for the goal, grabbing his second assist of the game.

Mikel Arteta’s side will take on Bournemouth in their next game and will be looking to continue their positive start to the new season.

Chelsea 0-1 Arsenal: Match Report as Arsenal go back on top after win at Stamford Bridge