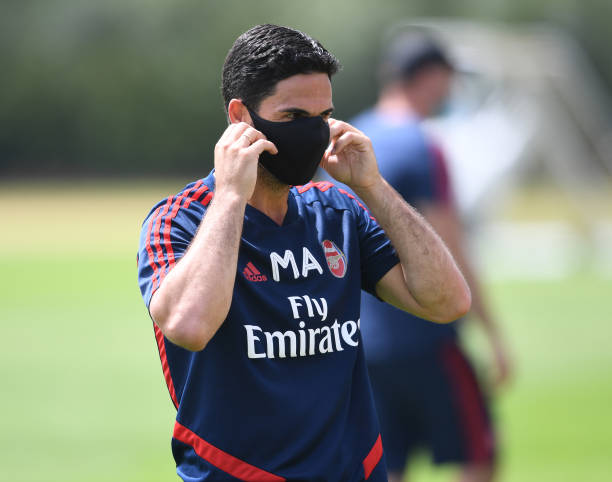 Arsenal was last night hosted by PSV in Netherlands for their fifth UEFA Europa League game of the season and the gunners were unable to get the three points as the home side humbled them in a two nil defeat. It looks like this might not have been the worst news that Arsenal received that night as per current reports.

Arsenal has in the last few weeks been getting problems with injuries to key players in this tough time that has them playing many games in a short period and it looks like another player might soon visit the club doctors as soon as he is back at the London Colney.

Arsenal have received bad news ahead of their match against Nottingham Forest after journalist Sam Dean confirmed that gunners defender Gabriel Magalhaes was seen limping with pain while going down the table which is concerning as he has been an important asset for the North Londoners this season.

The Premier League will return on Sunday when they host Nottingham Forest and Mikel Arteta will hope that Gabriel Magalhaes gets checked, and it gets shown that he does not have any big problem that can stop him from using him in the next few days.