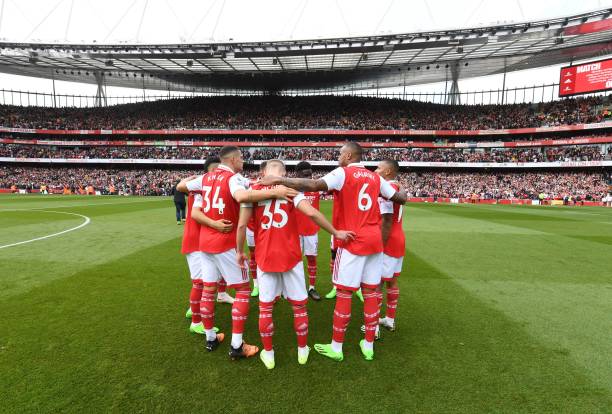 Arsenal will today face Nottingham Forest at the Emirates Stadium in a few minutes from now and the gunners will hope to collect all the three points to reclaim their top position on the Premier League table as Manchester City are there for now having beaten Leicester City. Arsenal’s lineup that Mikel Arteta has chosen has been released and the Spanish manager has made some changes to the squad that lost to PSV.

Arsenal will hope to get back to winning ways today as they have not scored in the last two matches and so they will wish to get a win today at the Emirates Stadium to boost the spirit of the supporters. Arsenal have been just too good in this year’s Premier League as they have only just dropped points only on two occasions, namely; the defeat against Manchester United and then the draw with Southampton a week ago.