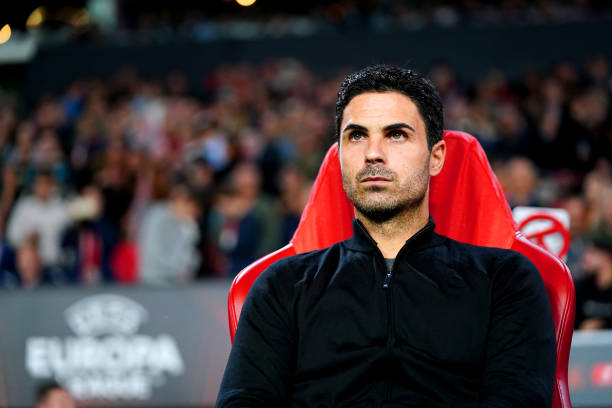 The January transfer window is just two months away from now and what will be different about this one is that the clubs will get a good opportunity to start unofficially negotiating deals with other European clubs since club football is going on a break due to the 2022 World Cup. Arsenal manager Mikel Arteta has opened up to the supporters about the plans of the North Londoners towards the upcoming transfer window.

Arsenal have been the best club in the Premier League this season as they are currently first on the league table but it’s well understood by all football analysts that they will need to strengthen in the January transfer window if they really want to challenge for the Premier League title this season. Arsenal supporters are curious about what their club is planning for the winter transfer window and Mikel Arteta has opened up on what they have in store for their fans.

“Of course if we can improve the team we are always going to be looking to do that. We will have a look. We will try to get stronger and be reactive.” said Mikel Arteta as per Sam Dean.