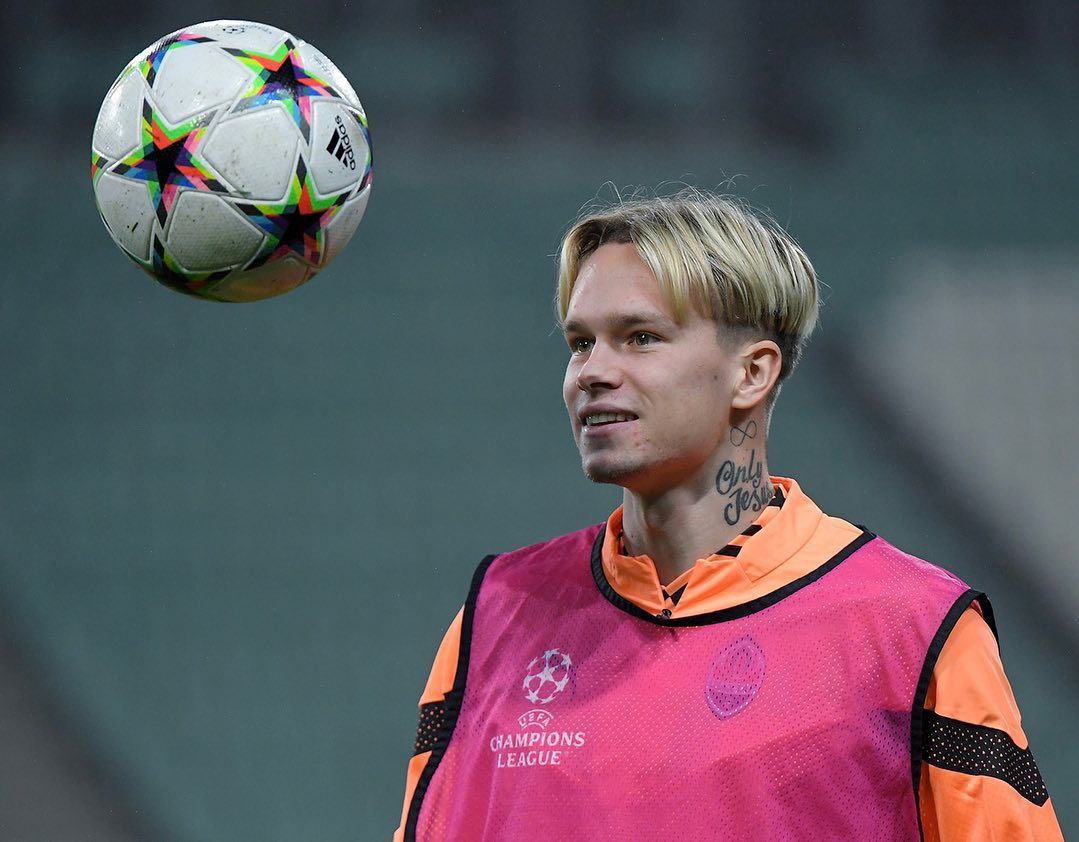 Arsenal’s number one target for the January transfer window Mykhailo Mudryk is valued at €100m by Shakhtar.

Mudryk’s impressive form has caught the eye of many top clubs in Europe, the 21-year-old has 7 goals and 7 assists in the Ukrainian Premier League in 12 appearances. He also scored three times in the Champions League for the Ukrainian champions.

Mudryk is an explosive winger with an eye for goal capable of playing on either wing and adept with both feet, he is regarded as a dynamic winger.

Mudryk is Arsenal’s main target for the January transfer window.

The Ukrainian winger would consolidate Arsenal’s wings as he would compete with Bukayo Saka and Gabriel Martinelli for a place on either of the wings however, the plan at the moment would be to integrate him on to the left-wing while Gabriel Martinelli takes on the central role to fill the void left by Gabriel Jesus.

While Mudryk has admitted he would be open to joining the Gunners with personal terms not an issue, Shakhtar’s sporting director Darijo Srna has however insisted that whoever wants Mudryk will have to pay a hefty fee.

Shakhtar director Srna: “Who wants to sign Mudryk has to pay big amount of money — otherwise our president will not sell him”, tells Marca. 🚨🇺🇦 #AFC #transfers

“Jack Grealish was sold for more than 100m and Mudryk’s level is not lower”, he added. pic.twitter.com/wffW9l7yml

“The market is deciding the price — not me. Antony, [Jack] Grealish, they are players of more than €100m and for me, Mudryk does not have less quality than them.” Srna told Marca.

Mudryk himself warned that Shakhtar could crush his dreams if they demanded such a high price for him. “When I found out about my price, I wasn’t just surprised – I was shocked,” Mudryk told Sport Arena. “I have a long-term contract with Shakhtar, I give all my strength and energy so that Shakhtar achieves maximum results, but every football player has a dream to play in a top club and in a top championship – I am no exception.”

Arsenal valuation of the player is believed to be around £40-50m and it would be highly unlikely for Arsenal to drop €100m for any player especially in January.

Report: Arsenal reach an agreement to sign Evan Ndicka on a free transfer