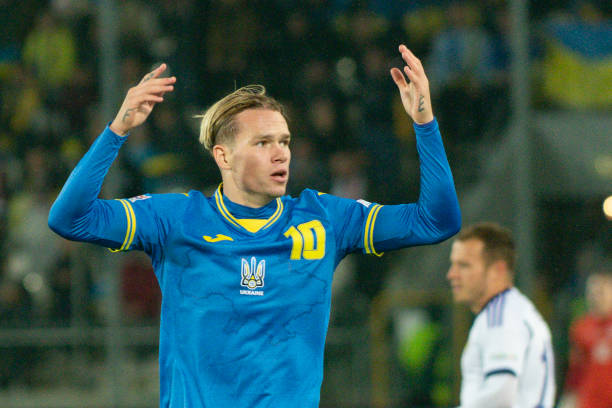 Arsenal have been outstanding this season as they are first on the Premier League table since the campaign begun and as we reached the start of the January transfer window, the fans hope that their club will strengthen their squad by bringing in new players. Among players they are interested in signing is Shakhtar Donetsk’s Mykhaylo Mudryk but current reports claim there might be a new obstacle for the gunners.

It has become apparent to everyone related to Arsenal that the gunners will need to sign at least one attacker in this winter transfer window after it was confirmed that Gabriel Jesus would be out for a few months due to an injury. Shakhtar Donetsk’s Mykhaylo Mudryk is a versatile player that would fix a lot of problems of Arsenal as they currently usually have limited options on the bench if their first eleven doesn’t finish the job.

Transfer news journalist Ben Jacobs  has confirmed that Arsenal are still in negotiations with Shakhtar Donetsk over the fee needed to sign Mykhaylo Mudryk but that there is however a new obstacle in the pursuit of the Ukrainian international, as he has claims that Chelsea have now joined the race for the young winger.

The journalist however claims that Arsenal are still the favourites because Mykhaylo Mudryk himself prefers the gunners but that his club will be happy that Chelsea has entered the deal as it could allow them to request a higher fee from the North Londoners.