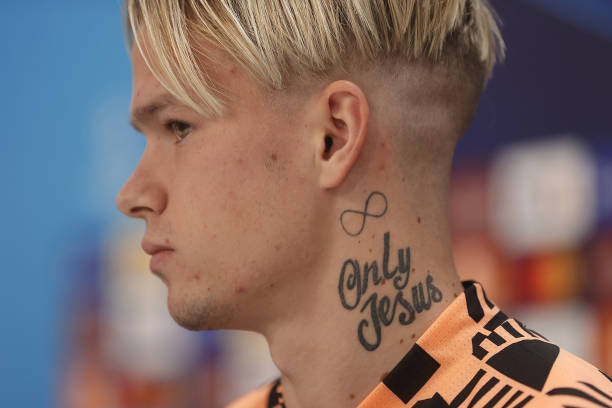 Arsenal will likely be one of the busiest clubs in this January transfer window as they will want to strengthen their squad so that they can be able to challenge for the Premier League title which they have yet to win since 2004. Arsenal have already been linked with a lot of players but Mykhaylo Mudryk has been their main target of this window as per reports, and it looks he is now explicitly hinting at a move to the Emirates Stadium.

Arsenal have this season mostly used  Bukayo Saka and Gabriel Martinelli as wingers this season, and while they have of course shown beyond reasonable doubt that they are capable of the job, there is still fear in the North London camp that one or both of them would get injured hence ruining their season. So Arsenal are in the market for a winger and Mykhaylo Mudryk fits the profile of players that Mikel Arteta wants at the Emirates Stadium.

Arsenal have got two of their bids rejected by Shakhtar Donetsk so far but Mykhaylo Mudryk has shown how he wants to join the Emirates by liking an Instagram post which requests for his club to free him in the caption with a photoshopped photo of him in the prison.

Mykhaylo Mudryk has many times expressed his love for Arsenal and the gooners will be happy to see that he isn’t shy to show that he wants this deal to go on.