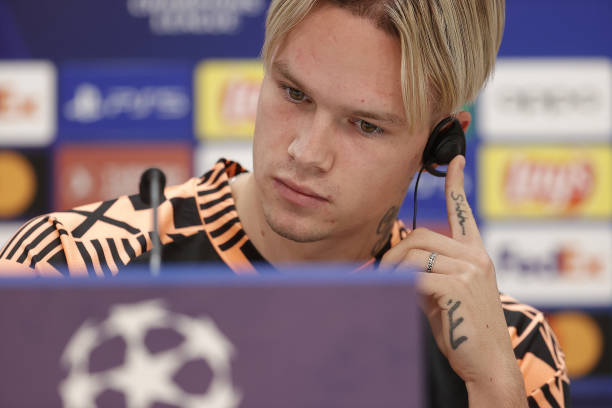 Arsenal’s second bid for Mykhailo Mudryk is expected to be rejected with Shakhtar holding out for €100m for the winger.

Shakhtar’s stance comes after Chelsea’s attempt to hijack Mudryk from Arsenal with reports stating that they are willing to outbid the Gunners for the Ukrainian winger.

It is unlikely that Arsenal will enter a bidding war for Mudryk as they have already offered €70m (£62m) which many believe is high for a player with little to no experience in Europe’s top league’s. However, it is no secret that Mudryk wants to join Arsenal and personal terms have already been agreed.

Mikel Arteta will not want to waste time if an agreement with Shakhtar cannot be reached. Here are three alternatives the Gunners could sign to bolster their attack.

Arsenal could turn to Crystal Palace forward Wilfried Zaha. Zaha is tested and trusted in the Premier League and would surely bolster Arsenal’s attack as they attempt a title challenge.

The ex-Arsenal target is out of contract this summer and will be available for a reasonable fee this month. Zaha can play on either of the wings or as a centre-forward making him an ideal alternative.

Arsenal have previously enquired over the availability of Barcelona forward Ferran Torres in the summer window.

The 22-year-old former Manchester City man is available this month with Barcelona needing to sell to reduce their wage bill.

The Spaniard can play in any of the front three positions and previously worked with Arteta at Manchester City, Torres would likely blend in to Arteta’s set-up.

Kolo Muani primarily plays as a striker for Einthract Frankfurt however, just like the previous alternatives, he can play on either wing.

The 24-year-old is likely to make a move to a bigger club after featuring for France at the World Cup. Kolo Muani would cost less than Mudryk and bolster Arsenal’s attack.

Arsenal get new obstacle in their race for Mykhaylo Mudryk