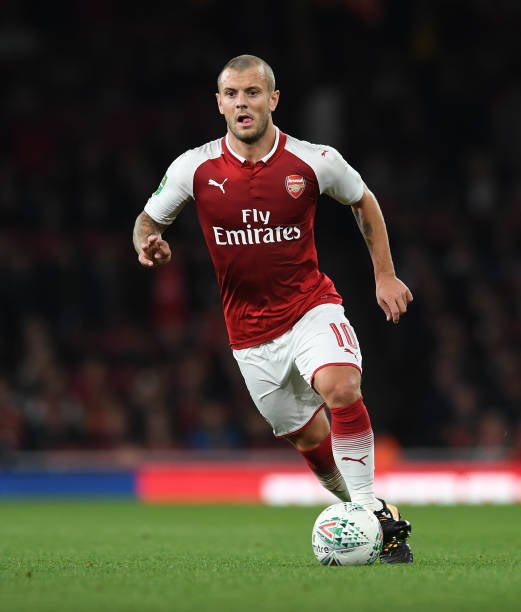 The gunners are facing West Brom Albion tonight and it will be a must win for Arsenal because they have had a poor start to the season as they have won only 2 matches out of the 5 matches they have played this season. Most Arsenal supporters have called on to Arsene Wenger to select Jack Wilshere to be among the players to start today’s match because they believe that he can make a better partnership with Granit Xhaka than when then Swiss international starts when with Aaron Ramsey because they believe that this will be his season to shine and hopefully get an injury free season.

The 25-year-old has so far made only 2 appearances for the gunners which came against FC Koln and Doncaster Rovers which they both won comfortably. The English midfielder was highly rated by most football analysts and pundits when he made his breakthrough to the first team when he was only 17 years and he has since become an important player at the Emirates stadium and is even a fan favourite at the club. Most people believe that Jack Wilshere usually gets injured due to his dribbling style which makes him vulnerable to injuries.

Arsene Wenger is known to be a huge fan of the English international because he is a type of manager who likes young productive talent and he usually praises the 25-year-old and defends the player because many critics say that the player is an injury prone due to reckless dribbling and tackling and the French manager once said;

“I don’t think you can get that out, because that’s part of your pride,” the manager said. “Your pride is part of your game and I don’t think he will ever lose that. He will never accept to lose a ball, but that’s part of a good football player. What I think is that for him it’s important now that he stays a long period without having any setbacks.” Said Wenger some time back.(Info credits – arsenal.com )

The gunners will hope that the midfielder stays fit this season.

Jack Wilshere has been a fan favourite ever since he made his breakthrough to the first team and the supporters are hoping that their manager starts the English midfielder in the central position even though he has always been played in many different positions but it is said that he prefers the attacking midfield role which is already occupied by assist king Mesut Ozil.

Nacho Monreal Proving His Worth At The Club