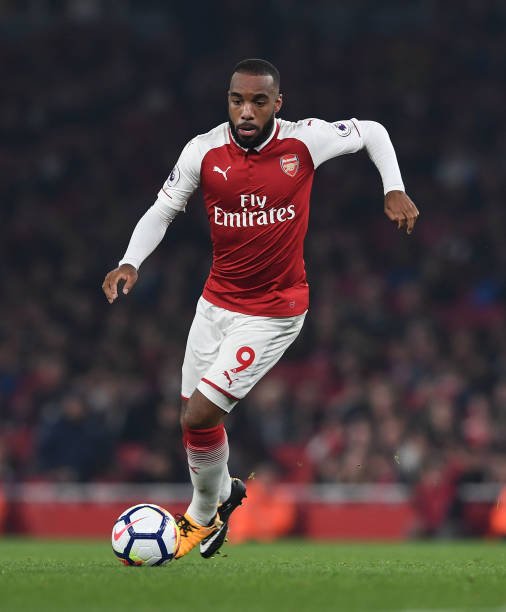 Alexandre Lacazette was very dangerous in the attack last night for the gunners as he broke yet another record at the Emirates stadium after he scored two goals to help the gunners get past West Brom Albion. The French striker is the first Arsenal player to score in his first three home league appearances after he finished off Alexis Sanchez‘s failed free kick and headed home the ball into the back of the net.

Alexandre Lacazette was very happy to have scored the two goals that helped the gunners get past West Brom Albion and he says that he values the club success than individual brilliance;

“They said I did, but I am not looking for this particular type of record but more stability with the team. We won and we won with a clean sheet. All was perfect, possession, goals.” said the striker. (Info – arsenal.com)

Most Arsenal supporters will agree with Alexandre Lacazette because they have had good players who could win individual awards when the club has underperformed like Robin Van Persie who won the golden boot while the club had a poor season.

Alexandre Lacazette became the most expensive player Arsenal have ever signed after the gunners bid him out of Lyon in the summer and the Frenchman has already showed signs that he is worth that amount as he has already scored four goals in his first season at the Emirates stadium. The Frenchman has faced a lot of criticism in the last few weeks when Liverpool and Stoke City defeated the gunners and most of the Arsenal supporters were starting to doubt the ability of the forward to lead them to the EPL title for the first time since they last won it back in 2004.

Alexandre Lacazette believes that the squad is slowly healing from the embarrassing 4 nil defeat to Liverpool;

“During the month of September we have reconstructed ourselves defensively, we are working together.’

‘There was no feeling of panic in the team – we knew that working together would pay off.” said Lacazette. (Info – arsenal.com )

The gunners will be getting back to the pitch this Thursday when they take on BATE Borisov as they hope to get their 2nd win in their Europa League campaign and they will possibly hope that their star man Alexandre Lacazette gets given a start on Thursday.

Henry: Wenger Surprised Me On How He Is Handling Sanchez And Ozil