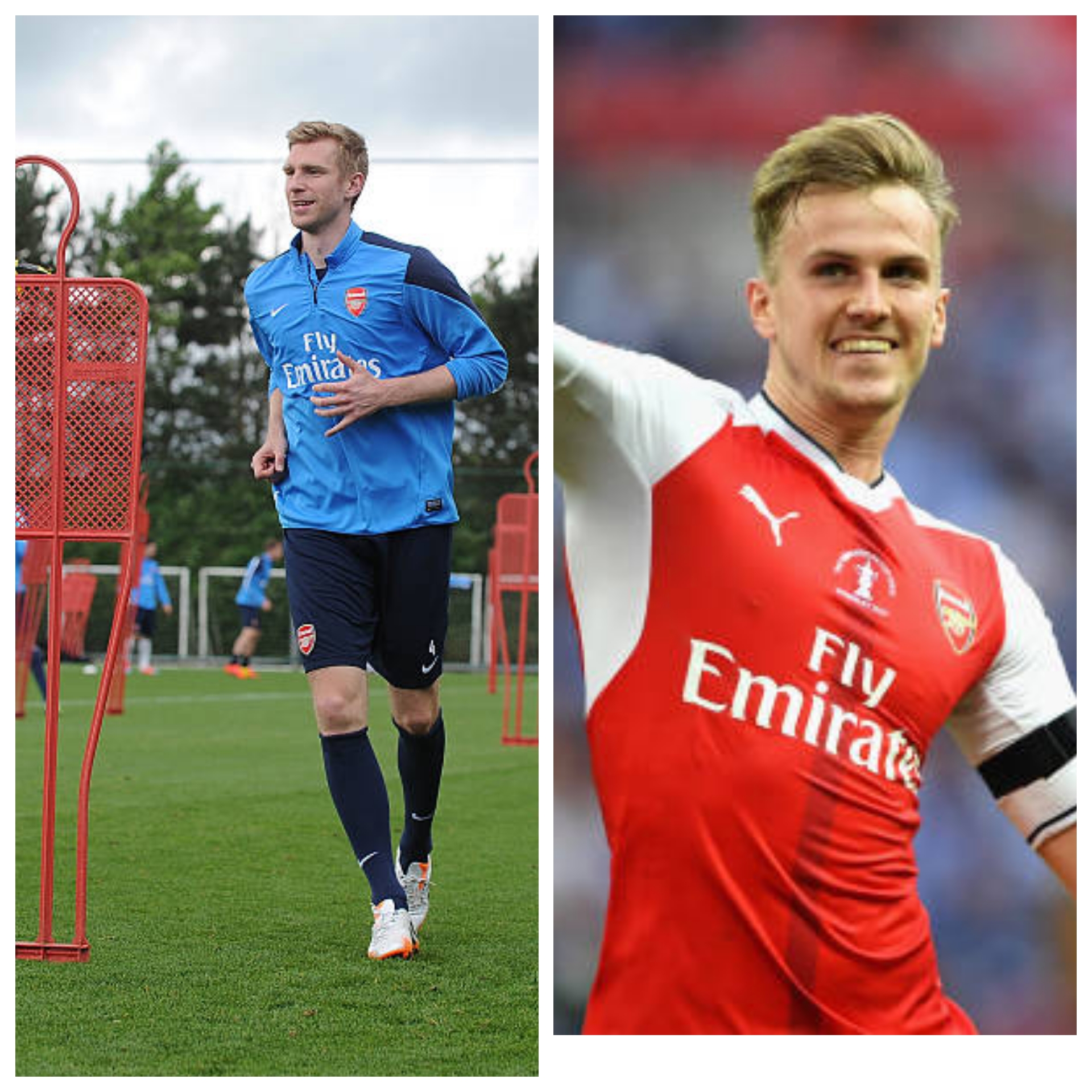 The gunners have received bad news in the last few hours that Shkodran Mustafi sustained a thigh injury after he limped off the pitch last night when Germany was facing Azerbaijan. This news has come at a bad time because the gunners are facing Watford wjich is a very tricky team that usually gives Arsenal a hard time.

Per Mertasacker and Rob Holding are the only possible solutions or back up centre backs to regular starters, Laurent Koscielny and Shkodran Mustafi. The other worrying and stressing factor is that Laurent Koscielny is currently recovering from injury and he did not even travel with France’s national football team which means that the player might not be featured in the Watford match reason being that he is not yet ready to play cause he is just from sidelines. Look at stats of Per Mertasacker and Rob Holding for last season’s match.

This season is the last for Per Mertasacker as a footballer because he will be taking charge of the position of being an Arsenal academy so the German international has many things on his mind because he will soon be a junior team coach while Rob Holding has lost confidence after he had a tremendous poor performance for the gunners when Liverpool thrashed Arsenal 4-0, a match that made the supporters hate and underrate Rob Holding.