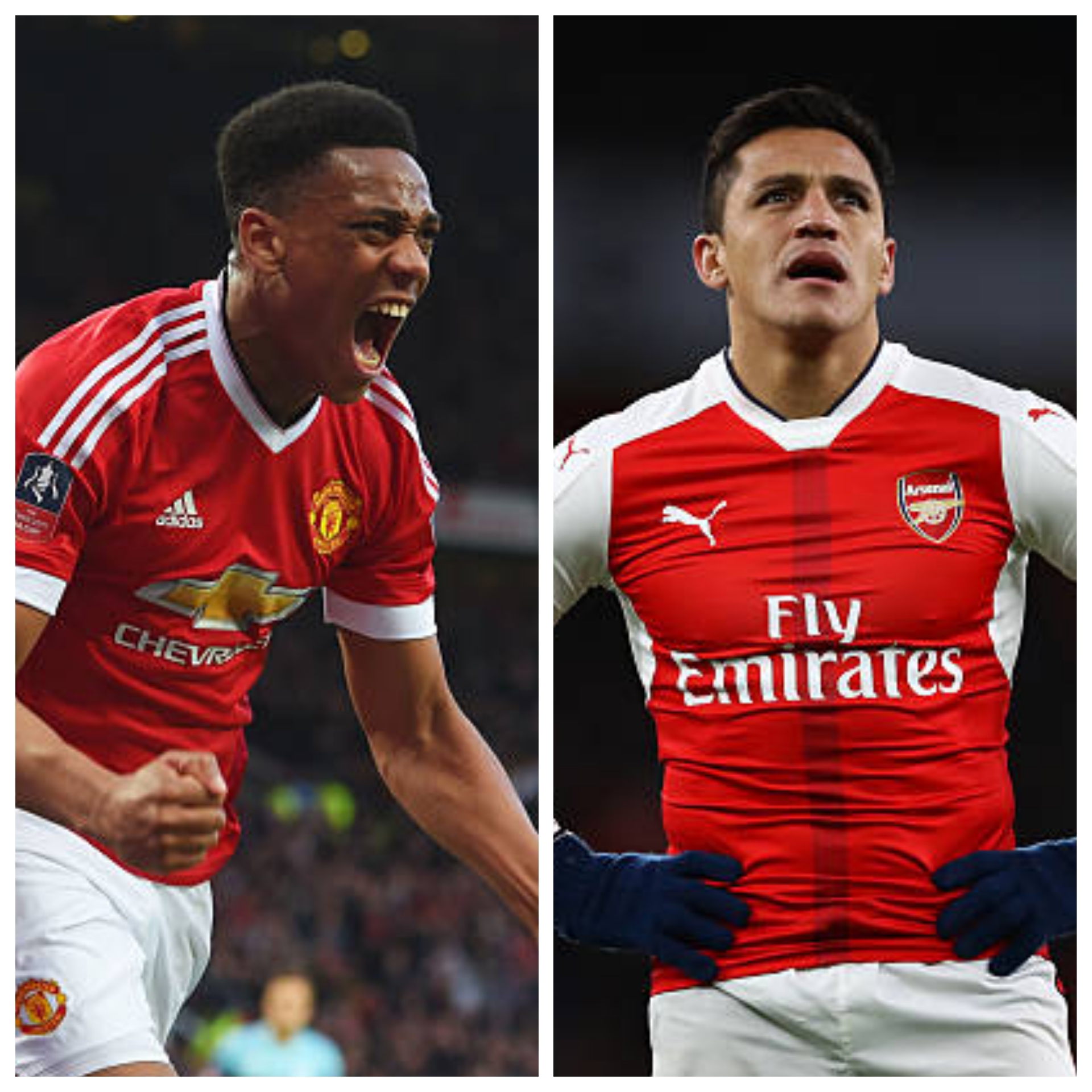 There have been constant rumours that are saying that Arsenal will be targetting Manchester United star Anthony Martial in the next transfer window because they would like the French midfielder to replace contract rebel Alexis Sanchez who has refused to put pen to a new contract even though it is said that the Arsenal officials have tried contacting him but he is yet to give out a response. Arsenal and Manchester United do not have a long history of making business other than the famous transfer of Robin Van Persie from the Emirates stadium to Old trafford which sparked a lot of hatred amongst the fans up to this time.

Alexis Sanchez is seen as one of the best players Arsenal has in it’s current squad and him leaving will have a huge impact on the club and the supporters because he was even named Arsenal player of the season 2016/17 after he had a tremendous season with the gunners helping them win the FA Cup trophy and finish 5th, the gunners are currently not playing in the Uefa Champions League this season and it is reported that this factor is one of the main reasons why Alexis Sanchez wants to leave.  The gunners signing Anthony Martial will face much resistance because the two mamagers of these clubs do not get a long witch each other and this could make the deal not to go through.

As per statistics from Who Scored,Anthony Martial has been the better player than Arsenal’s star Alexis Sanchez because the Red devil has so far scored 3 goals in just seven English Premier League matches while the Chilean is yet to register a goal in the EPL but these stats aren’t enough and are not the perfect ones to say who is better. Although the Arsenal supporters may not be happy if Alexis left, they also would never wish to have a player who is not proud of wearing the North Londoners badge.

The gunners are currently 5th on the table while Anthony Martial’s team is the one leading the table meaning it might be very hard for the gooners to try and capture the midfielder in January but will be hoping that the fact that the Frenchman is being always on bench at Manchester United could spear head his decision to leave the Manchester City to join the gunners in January.

Arsenal Not Willing To Offer Ozil A New Deal