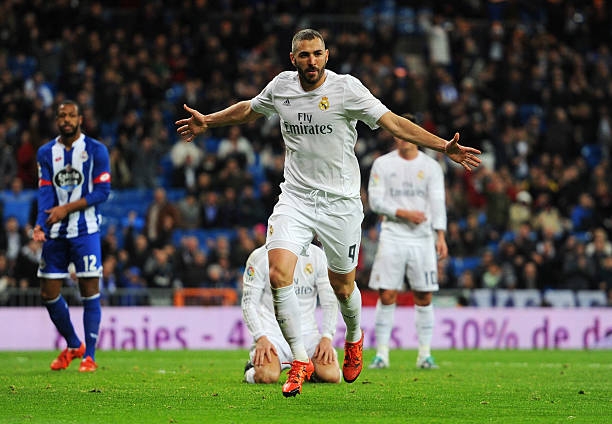 The gunners are currently desparate because there are rumors everywhere which are saying that Arsenal’s contract rebels Mesut Ozil and Alexis Sanchez are ready to finally quit the Emirates stadium this January. There is a new report from EXPRESS which says that the gunners are back in the race for Karim Benzema and are expected to lauch an opening bid in January.

Most Arsenal supporters will not believe these rumours because Karim Benzema because the frenchman is usually linked to the Emirates stadium in almost every transfer window and the other thing is that it is very odd if a manager tries to sign a striker in order to replace a winger (Alexis Sanchez). Most football analysts believe that Arsene Wenger would have made a right decision if he decided to let Chilean star Sanchez to leave in January and get some cash on him so that he tries to look for a replacement instead of losing him for free in next year’s summer transfer window.

It is reported that Karim Benzema may this time accept the offer from the gunners because the frenchman has won many trophies at the Santiago stadium and is slowly getting benched in Spain, it is well known that Arsene Wenger is a big fan of all players from his home country France meaning that could trigger the deal to go through. Karim Benzema is a typical no.9 striker meaning he can not play other positoons be it at the wings or midfield so there will be a lot of questions if he is signed as a replacement for Alexis Sanchez.

The gunners already have many strikers in their books so it would be a great choice instead of trying to sign wingers instead of making a move for strikers. You cannot just say that Karim Benzema is better than the gunner’s record signing Alexandre Lacazette and they already have Olivier Giroud as perfect replacement.

Arsenal Youngster Speaks Out On Sanchez

Mesut Ozil On His Way To Beskitas